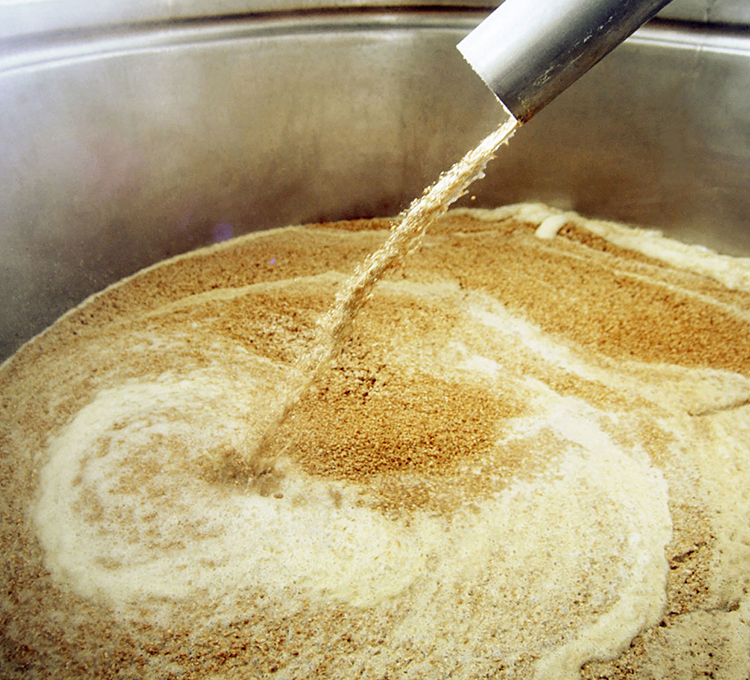 Drue Newfield of Havre, Montana was recently recognized by the EPA for his innovative, sustainable approach to water treatment.

Drue Newfield, Havre, Montana’s wastewater plant manager, was simply looking for a way to improve the efficiency of his plant without burdening taxpayers when he found an unsuspecting solution—beer waste from a local brewery.

Newfield said his plant had just received a $12 million upgrade, but it wasn’t enough to improve the nutrient removal system that relies on microbes to remove phosphorus and nitrogen from the water supply. This is vital, because the presence of these nutrients can cause algal blooms and deplete the local fish supply. But he wanted a solution that wouldn’t cost his small town of 10,000 people any more money. He began studying fermented organics to look for natural ways to improve his wastewater plant.

“At first I went to the local espresso place and asked to get their used grounds,” Newfield says. “I dumped in bags of used espresso into the water because I was told the way coffee was decaffeinated was a bacterial process, and that’s what we needed to remove the waste.”

The espresso place eventually stopped offering Newfield grounds, so he turned to a new beverage—beer. He knew brewery waste from spent barley was also fermented and called up Michael Garrity, owner of the new brewery in town.

“Garrity worked for the city before opening [Triple Dog Brewing], and he was all for letting me experiment with the waste,” Newfield says. “The brewery waste had actually eaten through the bottom of his trailer, and he needed a solution too.”

Spent barley is full of yeast, sugar and hops, which can threaten the microbes wastewater plants use to remove nitrogen and phosphorus, and Newfield says the growth of breweries can actually be a menace to local water treatment plants. Newfield started applying the brewery waste anyways, in small amounts, and has been saving his town thousands of dollars a year since.

“Everyone thought I was nuts for a while, but the barley fully decays and disappears,” Newfield says. “It’s a food source for every bacteria in the wastewater treatment process. The bugs just feed on it until it’s all gone. I brought fresh beer to them, and it made my bugs happy.”

Newfield and his team have been treating their town’s wastewater with spent barley for three years now and have continued to meet EPA requirements for the plant ever since. This novel concept even earned the city of Havre an honorable mention by the agency in 2019 for improving the quality of the wastewater and reliability of its facility overall.

“It costs millions otherwise to do these chemical treatments in order to meet the standards for nutrient removal, but the brewer waste costs nothing,” Newfield says. “This saves at least $16,000 a year on allum (a wastewater treatment chemical) alone.” He’s saved millions more by preventing the need for another upgrade to the plant.

Newfield’s innovative spirit has inspired other municipalities to experiment with brewery waste from their communities. Newfield said that he just explained his process to folks at a wastewater treatment plant in Manitoba, Canada and has been getting phone calls every day for the last few weeks from plants and media outlets. He says this concept is great for areas in need of a facility upgrade but don’t have the financial resources to do so.

Related: This Chef Is Working with Doctors to Prescribe Food as Medicine, and It’s Making Patients Healthier

This article was written by Lauren Wicks from EatingWell and was legally licensed through the NewsCred publisher network. Please direct all licensing questions to legal@newscred.com.

Nights are warming faster than days. Here’s what that means for the planet.