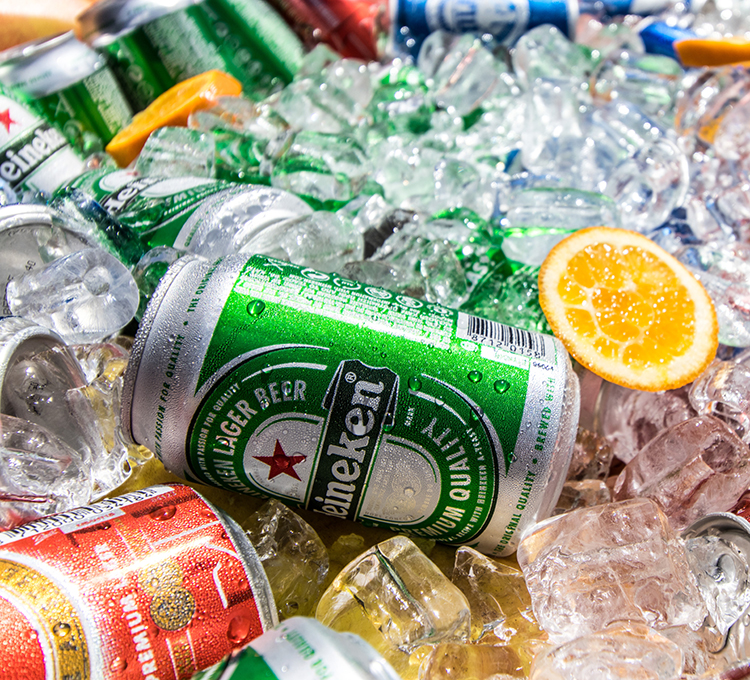 Heineken is ditching single-use plastic rings and shrink wrap from millions of multipack cans and replacing them with eco-friendly cardboard.

The Dutch company has invested £22m in new technology and production facilities at its UK sites that will enable it to start rolling out the changes across its popular brands , which include Heineken and Foster’s, from April 2020.

The can “toppers” are made from recyclable cardboard and are strong enough to carry the weight of a multipack. Their adoption by Heineken in the UK will lead to 517 tonnes of plastic being removed from the packaging of its brands by the end of 2021.

The changes will be rolled out first across Heineken, Foster’s and Kronenbourg 1664, then all its other brands in multipack cans, such as Strongbow, Bulmer’s, Red Stripe and John Smith’s, by the end of 2021.

Plastic pack rings, known in the industry as hi-cones or yokes, are used to hold together multipacks of canned drinks, particularly beer. A standard packaging device for more than 50 years, they have contributed to growing plastic pollution in the oceans and pose a major threat to marine life.

The UK is the first of the brewer’s 190 world markets to introduce the new packaging. In the UK it produces 530m cans across all its brands every year, of which Foster’s accounts for 150m and Heineken 39.5m.

Cindy Tervoort, the head of marketing at Heineken, said: “It’s what our customers want and expect, and we have been working on and testing this innovation for three years.”

Manufacturers and supermarkets have been taking action amid a growing public backlash over plastic packaging after the BBC One’s Blue Planet II series highlighted marine litter.

A spokeswoman for the Marine Conservation Society said: “This is an interesting development [from Heineken] and will help cut down the amount of plastic on our beaches and in our seas. These kinds of can yokes are regularly found on our beach cleans.”

Last year, in a quest to find an alternative, Carlsberg announced plans to replace rings with recyclable glue. Diageo has started phasing out plastic packaging from multipacks of its Guinness, Harp, Rockshore and Smithwick’s beers and replacing it with cardboard packs.

In September, Budweiser said it was removing single-use plastic pack rings from its entire range of UK-produced beer – which include the bestselling brands Stella Artois, Budweiser and Bud Light – by the end of 2020.

Heineken said its introduction of eco-friendly materials will cut the carbon emissions associated with producing multipack cans by one third.

This article was written by Rebecca Smithers Consumer affairs correspondent from The Guardian and was legally licensed through the NewsCred publisher network. Please direct all licensing questions to legal@newscred.com.

Plane rides of the future could be fueled by table scraps