Humans Worth Their Salt? The Price Of Desalination = Brine Disposal

If it were possible to convert even a portion of the 97.5% of the world’s oceans and salt water to freshwater, wouldn’t we be able to meet global demand indefinitely? Many factors are exacerbating water scarcity in the world — population growth, increased water consumption per capita, economic expansions, climate change, and contamination. Among the water supply enhancement options, desalination of sea water and highly brackish water is increasingly seen as a viable option to meet primarily domestic and municipal needs. But there’s one problem: desalination produces a typically hypersaline concentrate discharge called “brine” that requires disposal, which is both costly and has associated negative environmental impacts. 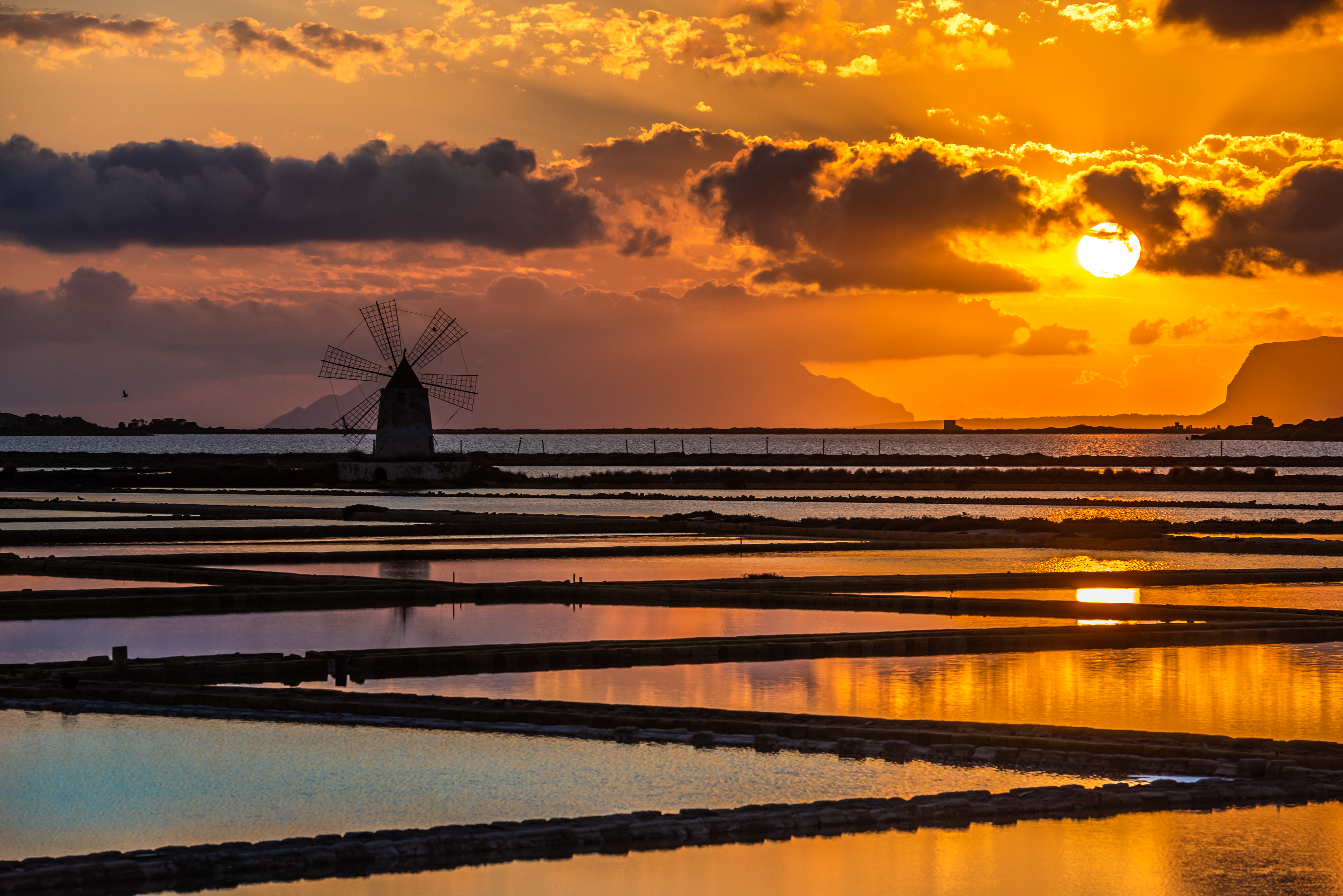 Desalination is the process of removing salts from water so that the remaining water meets quality requirements for different human uses.  A new study. sponsored in part by the United Nations, determined that desalination is on the rise. Desalination cost reductions have occurred due to new technological advances, and the expense and security concerns over conventional water resources also have made countries turn to desalination. The UN study indicated, however, that improved brine management strategies are required to limit desalination’s negative environmental impacts and reduce its economic cost.

Such advances could be a good thing, as they would further stimulate desalination facility developments and safeguard water supplies for current and future generations.

The State of Water Today

The 2030 UN Agenda established 17 Sustainable Development Goals SDGs and 169 global targets relating to development outcomes and means of implementation for the period 2015–2030. These were designed to be integrated and indivisible and to balance the social, economic, and environmental dimensions of sustainable development. The dearth of freshwater is in direct conﬂict with Sustainable Development Goal (SDG) 6 aimed at ensuring the availability of clean water for current and future generations.

In a recent annual risk report, the World Economic Forum lists water crises as the largest global risk in terms of potential impact. Estimates suggest that 40% of the global population faces severe water scarcity, rising to 60% by 2025. Indeed, 66% of the global population —  4 billion — currently live in conditions of severe water scarcity for at least one month per year. Water-scarce countries and communities require a radical examination of water resource planning and management. That self-reflection needs to include creative inquiry into viable but unconventional water resources that take into account water uses, livelihoods, ecosystems, climate change adaptation, and sustainable development.

A mother gives her child a bowl of safe water in Charsarda District, in Pakistan’s northwestern Khyber-Pakhtunkhwa Province, an area severely affected by monsoon floods in 2010. UN Photo/UNICEF/ZAK

While almost half of the total number of desalination plants produce water for the industrial sector, the municipal sector is the largest user of desalinated water in terms of capacity.

Seawater desalination can extend water supplies beyond what is available from the hydrological cycle, providing an unlimited, climate-independent, and steady supply of high-quality water.

Almost half of the global desalination capacity is located in the Middle East and North Africa region (48%), with Saudi Arabia (15.5%), the United Arab Emirates (10.1%), and Kuwait (3.7%) being the major producers in both the region and globally. East Asia and Pacific and North America regions produce 18.4% and 11.9% of the global desalinated water, primarily due to large capacities in China (7.5%) and the US (11.2%). There are 15,906 operational desalination plants with a total desalination capacity of approximately 95.37 million m3/day (34.81 billion m3/year), constituting 81% and 93% of the total number and capacity of desalination plants ever built respectively.

What’s the Problem with Desalination?

Realizing the vast potential of desalinated water remains a challenge due to specific barriers, predominantly associated with the relatively high economic costs and a variety of environmental concerns, such as brine byproducts. The safe disposal of efﬂuent produced in the desalination process is a major technical and economic challenge. Estimates reveal brine production to be around 142 million m³/day, according to the UN report.

Global brine production is concentrated in the Middle East and North Africa, which produces almost 100 million m3/day of brine, accounting for 70.3% of global brine production. Brine production in Saudi Arabia, UAE, Kuwait, and Qatar yields 55% of the total global share. This value is approximately double the volume of desalinated water produced, indicating that desalination plants in this region operate at a very low average water recovery rate.

For example, Saudi Arabia alone produces 31.53 million m3 /day brine, accounting for 22.2% of the global share. The next three largest producers of brine are also oil-rich countries, with the UAE, Kuwait, and Qatar having 20.2%, 6.6%, and 5.8% shares in global brine production respectively. Together, these 4 nations produce 32% of global desalinated water and 55% of the total brine. Comparatively, the US produces 10.91 million m3 /day of desalinated water (11.4% global share) but produces just 5.28 million m3 /day of brine (3.7% global share). Upper middle income, lower middle income, and low income countries tend to produce quantities of brine similar to that of their respective desalination capacities.

The study was authored by researchers from UN University’s Canadian-based Institute for Water, Environment, and Health (UNU-INWEH); Wageningen University, The Netherlands; and the Gwangju Institute of Science and Technology, Republic of Korea. They analyzed a newly-updated data set — the most complete ever compiled — to revise the world’s outdated statistics on desalination plants. Their results suggest that improved brine management strategies are a significant need to meet a fast-growing challenge.

Evidence points to site-specific local conditions that may also influence a desalination plant’s recovery ratio. For example, the effect of variations in feedwater salinity within each feedwater type categorization (such as seawater) on the recovery ratio is often overlooked. Other factors that may influence the specific recovery of each individual desalination plant include specific plant design (like the type of membrane used in desalination process), product water quality requirements (like salinity), energy source, and brine disposal methodology. Traditionally, a variety of brine disposal methods have been used, including direct discharge into oceans, surface water or sewers, deep well injection, and brine evaporation ponds

Desalination plants near the ocean (almost 80% of brine is produced within 10km of a coastline) most often discharge untreated waste brine directly back into the marine environment. The authors cite major risks to ocean life and marine ecosystems posed by brine polluting the oceans with toxic chemicals used as anti-scalants and anti-foulants in the desalination process. Copper and chlorine are of major concern.

A combination of these factors necessitates the development of new brine management strategies that are both economically feasible and environmentally sound.

The study also notes economic opportunities to use brine in aquaculture, such as to irrigate salt tolerant species, to generate electricity, and to recover the salt and metals contained in brine, including magnesium, gypsum, sodium chloride, calcium, potassium, chlorine, bromine, and lithium.

Indeed, with better technology, a large number of metals and salts in desalination plant effluent could be mined. These include sodium, magnesium, calcium, potassium, bromine, boron, strontium, lithium, rubidium, and uranium, all used by industry. Today’s technologies do not allow such resource recovery opportunities to be economically competitive yet, however.

The high economic costs and energy demands of brine treatment and mineral recovery methods remain a significant barrier to more widespread application. “There is a need to translate such research and convert an environmental problem into an economic opportunity,” says author Dr. Manzoor Qadir, assistant director of UNU-INWEH. “This is particularly important in countries producing large volumes of brine with relatively low efficiencies, such as Saudi Arabia, UAE, Kuwait and Qatar.”

CleanTechnica reached out to Dr. Qadir with a few questions about desalination and brine byproducts:

Q: What can ordinary people learn about desalination and associated byproducts if their municipalities look to desalination in order to expand community water resources?

Desalinated water is an important unconventional water resource, providing clean water for use in different sectors. It is important for the people and communities interested in desalination that in addition to desalinated water, the technology also produces hypersaline brine, which needs treatment and management. In fact, we produce more brine than desalinated water.

Q: With desalination clearly increasing across the globe, what are the most viable ways to reduce brine byproducts?

Substantial efforts, innovation and research are required to both (a) reduce the volume of brine being produced (i.e. increase the efficiency of the desalination process) and (b) to treat and/or use the brine that is produced in an economically viable and environmentally friendly way. There have been a variety of interesting options of using brine such as for aquaculture and irrigation of saline crops, however these are yet to be translated into widespread management options. Metal and salt recovery from brine is an option, although high economic costs and energy demands remains a significant barrier to more widespread application.

Manzoor Qadir is an environmental scientist with focus on policy, institutional and biophysical aspects of water recycling and safe reuse, water quality and environmental health, water and food security, and sustainable natural resources management under changing climate. He has led teams of eminent professionals to contribute to international and regional initiatives such as the Comprehensive Global Assessment of Water Management in Agriculture.

Carolyn Fortuna Carolyn Fortuna, Ph.D. is a writer, researcher, and educator with a lifelong dedication to ecojustice. She’s won awards from the Anti-Defamation League, The International Literacy Association, and The Leavy Foundation. She’s molds scholarship into digital media literacy and learning to spread the word about sustainability issues. Please follow me on Twitter and Facebook and Google+

This article was written by Carolyn Fortuna from CleanTechnica and was legally licensed through the NewsCred publisher network. Please direct all licensing questions to legal@newscred.com.