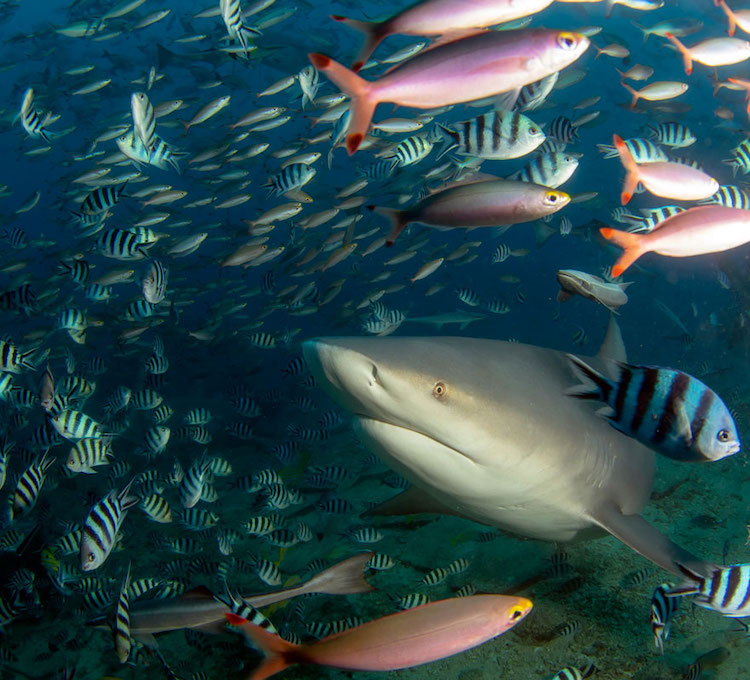 For many, incredible animal sightings have been one of the few highlights of pandemic life: Migaloo, the famous white humpback, returned to Australia, a gray whale appeared off the coast of Italy and tourists enjoyed the rare spectacles of an endangered sei whale in Scotland’s Firth of Forth and killer whales in Cornwall.

In America, researchers were delighted to see two newborn North Atlantic right whale calves in December 2020. By the end of the season, they had spotted 13 out of the 17 mother and calf pairs known to be in the Southeastern USA. With fewer than 400 individuals remaining, “the population needs every calf it can get,” says Melanie White, North Atlantic Right Whale conservation project manager and research biologist at the Clearwater Marine Aquarium.

Of course, the pandemic’s impact on the ocean is complicated. Many researchers have lost the opportunity to continue their fieldwork, conservation projects have been delayed and plastic pollution has increased during the pandemic (PPE was found on almost 30 percent of British beaches cleaned by Marine Conservation Society volunteers).

But could these extraordinary encounters indicate a boost in the health of our ocean while we’ve been away? The sudden, drastic reduction in human activity has given researchers the opportunity to study how the ocean has responded to our lifestyle changes. Here’s what they’ve uncovered.

Pre-pandemic, our ocean had become unbearably noisy. Cruises, shipping vessels, sonar and seismic activity had proliferated so extensively in recent decades that noise levels doubled every 10 years from 1960 to 2000 in many parts of the ocean, according to the International Fund for Animal Welfare. Noise pollution from these activities is not just annoying – imagine living next door to a never-ending music festival – but can interfere with essential behaviors such as communication, navigation, feeding and breeding.

Then, the pandemic hit. Cruises were cancelled. Ship traffic, trawling and mining was paused or reduced. The ocean became quiet. Humpback whales in Southeast Alaska born since 1970 experienced “their first quiet summer,” Michelle Fournet, a marine acoustician at Cornell University, tells The Guardian.

“In subsequent years, ship traffic — and noise — were higher, along with the whale’s stress-hormone levels,” said Douglas P. Nowacek, a study author, shortly after the study was published.

Whales are far from the only animals impacted by the anthropogenic soundscape: baby clownfish need noise to find the reef, researchers have found jellyfish affected by “acoustic trauma” and air gun blasts can kill baby krill.

The pandemic offered the opportunity to further distill the impacts of anthropogenic ocean noise. Ari Friedlaender, from UC Santa Cruz’s Institute of Marine Sciences, used blubber samples taken from whales in April and May 2020 – when the ocean was quiet – to conduct an experiment measure stress hormones. Friedlaender plans to compare this with data collected in spring 2021 to search for continued insights into how man-made marine noise impacts whales’ stress levels.

That the work of scientists like Friedlaender is still unfolding not only highlights the rare opportunity provided by the pandemic to examine humanity’s impact on the ocean, but that whether any positive effects will be long-lasting hinges on how we move forward.

Data monitoring during lockdowns “set a new environmental baseline,” writes Mara Cole, a senior researcher at Spain’s Institute of Marine Science, in a December 2020 study. This fresh perspective offers “the unmissable opportunity” to better understand our potential positive impacts on the ocean, exposed through our pandemic-induced lifestyle changes, and take long-term action.

CO2 emissions, for example, were expected to fall up to 8 percent in 2020 due to pandemic restrictions; this is “roughly the equivalent of the annual emission reductions needed to limit global warming to 1.5°C above pre-industrial temperatures, in alignment with the Paris Agreements,” writes Cole. It’s an exciting mark, but all too fleeting: “While CO2 build-up will be slightly slower than previously expected, the reduction is probably not enough to substantially slow global warming.”

“The idea that we’re going to go right back to where we were… that’s probably what a lot of people envision, but that’s not going to help nature at all,” says Dr. Tim McClanahan, lead coral reef scientist at the Wildlife Conservation Society. “You need to have these changes sustained over time” for nature to return to some semblance of repair.

“It is crucial to take advantage of the window of opportunity offered by reduced emissions and energy demand to protect the marine environment,” stresses a report produced by the UN’s Economic and Social Commission for Asia and Pacific. The key steps that should be taken for the health of our ocean going forward, according to the report, are: stronger processes for data collection and sharing; enforcement of international conventions regarding marine pollution, sustainable fisheries and shipping; and monitoring the implementation of global agreements; and better regional cooperation between countries.

“Let us seize this moment to steer our region’s sails toward a sustainable future,” writes the Armida Salsiah Alisjahbana, who oversaw the UN report. “With strong data and a regional commitment as our compass, we will chart the right course.”

This article was written by Melissa Hobson from Scuba Diving and was legally licensed through the Industry Dive publisher network. Please direct all licensing questions to legal@industrydive.com.

Researchers propose ways to apply AI to agriculture and conservation