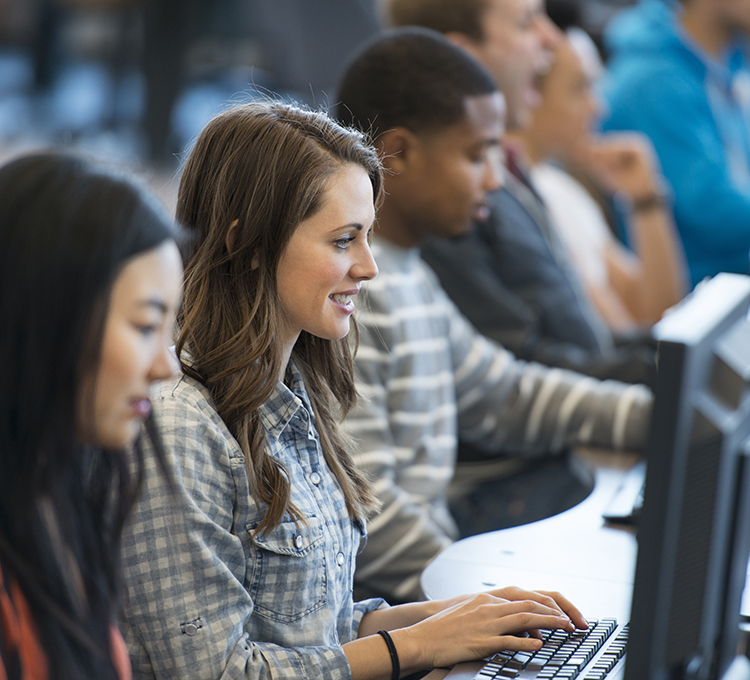 Single mother-of-two Sara Faizi from Afghanistan faced a dead end when she arrived in Bulgaria in 2018: the former bank branch operations manager needed a job but neither spoke the local language nor had any contacts.

An energetic Bulgarian, Iva Gumnishka, 25, and her social enterprise Humans In The Loop (HITL) lent her a hand, linking Faizi to work created by the booming machine learning and artificial intelligence industry.

“Before I couldn’t take any job because I had to take care of the kids. Now I can work from home and the job is easy,” Faizi said.

The 31-year-old is among an estimated 1,500 to 2,000 refugees — mostly from Afghanistan, Iraq and Syria — who have settled over the past five years in Bulgaria, the EU’s poorest member where state aid for them is almost non-existent.

The work for HITL is project-based and requires only a computer and Internet connection.

It includes the collection, sorting and categorisation of various types of images and data necessary to power algorithms essential to AI technology, Gumnishka told AFP in her enterprise’s tiny office and classroom in Sofia.

The data is then used for products ranging from augmented reality games to smart drones, CCTV face recognition, or even self-driving cars for clients from around the world, she added.

HITL grew out of the English and digital skills classes that the Bulgarian started giving to a handful of refugees in Sofia two years ago in a bid to help them find work as freelancers.

Gumnishka then decided to tap this “very specific niche” to directly link refugees to work from start-ups in Europe and the US that did not require any particular skills or knowledge of the language.

It was also a market that was set to grow, she said.

Having no technical background herself, she remembered with a smile an early conversation with a client asking her if the company was able to provide a certain AI-related task.

“I answered: ‘Yes’ and then had to Google it to find out what it was,” said Gumnishka, who studied human rights at Columbia University in New York before returning to Bulgaria.

But she has become an expert on the work since then, often personally training her team that grew to include about 100 refugees in Sofia within a year and a half.

As the volume of work from clients expanded, Gumnishka decided it would be even more beneficial to send work directly to conflict-affected regions.

HITL teamed up with Roia, a non-profit organisation training young people in Syria and Syrian refugees in Turkey, and WorkWell, which organises various digital courses for refugees and other vulnerable people in Iraq.

Together, the three organisations have so far trained and employed on various projects 150 people in Syria, Turkey and Iraq, mostly refugees, women and youngsters.

“The best thing about working on projects is that it isn’t tiring and you can work anywhere at any time,” Syrian refugee Shyar Qader Ali, who lives with his family in a camp in Iraq, said in comments emailed by WorkWell.

The 21-year-old earned enough money as freelancer to start a small business in his camp fixing mobile phones.

Roia CEO Khaled Shaaban said the HITL projects have opened up new employment prospects for youngsters, whose only other options were jobs on the black market or working for donors or armed groups.

“The biggest challenge now is to secure more clients. We don’t want donations, we want people to hire us,” Shaaban said.

What of the possibility that a vulnerable workforce might be taken advantage of through this form of insecure work?

WorkWell figures emailed to AFP showed that 76 workers made approximately $12,500 (11,200 euros) from completing seven projects between May and December 2019.

Qader Ali was among the most active, earning $1,300 on his last project.

Back in Sofia, Gumnishka insisted she never used the fact that HITL works with refugees as a selling point to clients and added that the high quality of the work ensured that all workers would be ethically rewarded.

“We mostly insist that these people are really very well prepared and trained, that they work in small dedicated teams, that they have supervisors working with them, so our quality that we provide to our clients is the most important thing,” she said.

This article was from Digital Journal and was legally licensed through the NewsCred publisher network. Please direct all licensing questions to legal@newscred.com.

Women After War: “We Want to Rebuild Our Lives”