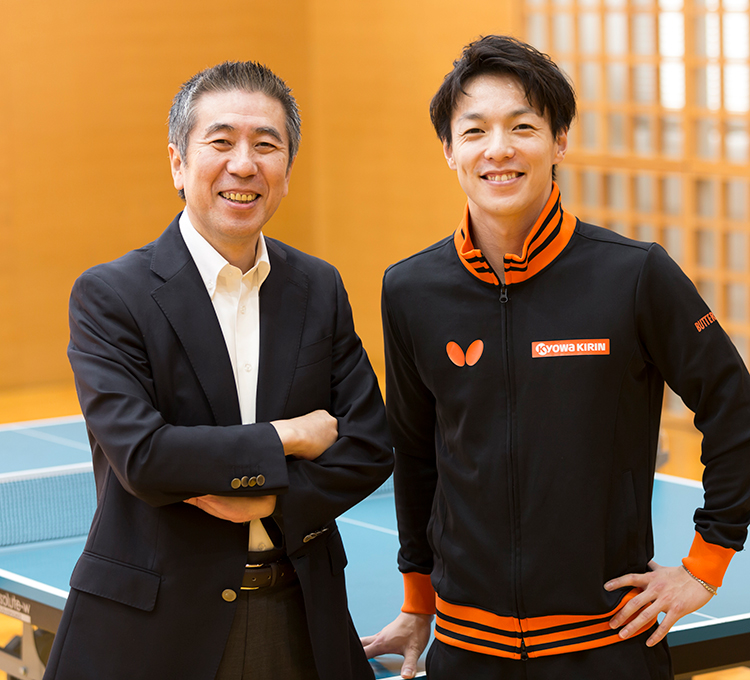 The Kyowa Kirin men’s table tennis team, which has been around for more than 40 years, actively participates in tournaments as well as teaches table tennis at special needs schools and retirement homes. The team also welcomes para table tennis athletes and matches are played in teams that combine both disabled and non-disabled players. Non-disabled players learn much from their disabled teammate and vice versa, creating an inclusive environment within the team. We interviewed coach Shinji Sato and athlete Kenji Matsudaira, two role models for this inclusive society created through “table tennis.”

Since its inception in 1974, the Kyowa Kirin men’s table tennis team has always stuck to its creed of “equal parts work and table tennis.” Home to a total of 50 athletes over the course of the team’s history, some members continue to contribute to table tennis even after they leave the team, i.e., coaching Olympic teams. Others who choose to continue working at Kyowa Kirin have been assigned managerial positions.

“We place great importance on educating people through table tennis. We are people first and table tennis athletes second, and we want our athletes to become people who can offer a helping hand to those who need it.” 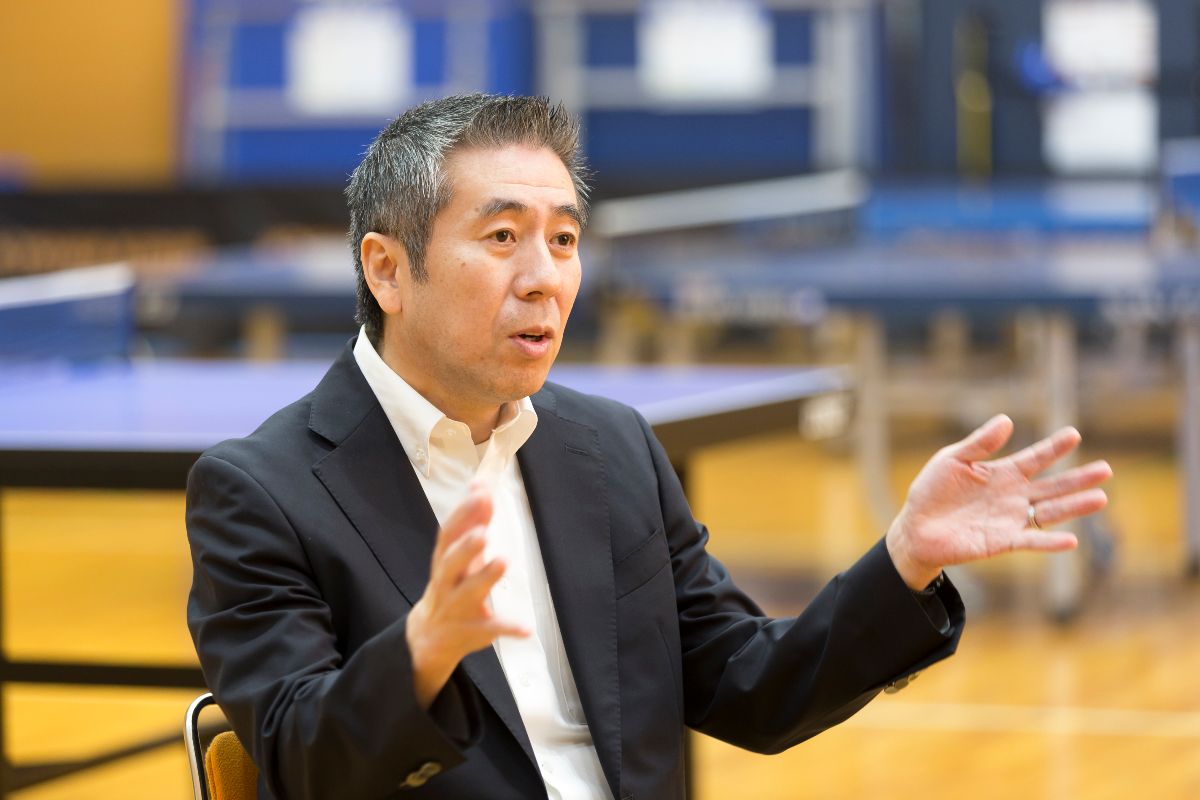 Another important policy for the team is to use table tennis to contribute to society as a whole. Table tennis is a sport that’s close to many people’s daily lives; over one million people play the sport at least once a week, and the International Table Tennis Federation has 227 participating countries and regions making it the largest sports association in the world.

“Table tennis is a sport where athletes can study and practice to become top-level players in addition to being accessible to people of all ages. It’s because of this that we can contribute to society by holding table tennis classes at special needs schools and retirement homes all over Japan. We also run region-wide tournaments for offices.”

The schools and homes they visit almost always have a table tennis table. The classes held by the team are welcomed by people of all conditions and ages since table tennis could be easily picked up by anyone.

The reason why the team keeps contributing to society is due in part to its experience with relief efforts during the Great East Japan Earthquake.

“Under the Kirin KIZUNA (Bonding) Project, our athletes visited disaster-struck regions such as Iwate, Miyagi, Fukushima, and Ibaraki over a three year period starting in 2011, interacting with all kinds of people through table tennis. We were shocked by the destruction we saw, but at the same time moved by the smiles and courage of the people we helped. It was this experience that gave us the determination to try resolving societal issues through our favorite sport. Our first step was to start table tennis classes at special needs schools and retirement homes all over Japan.” 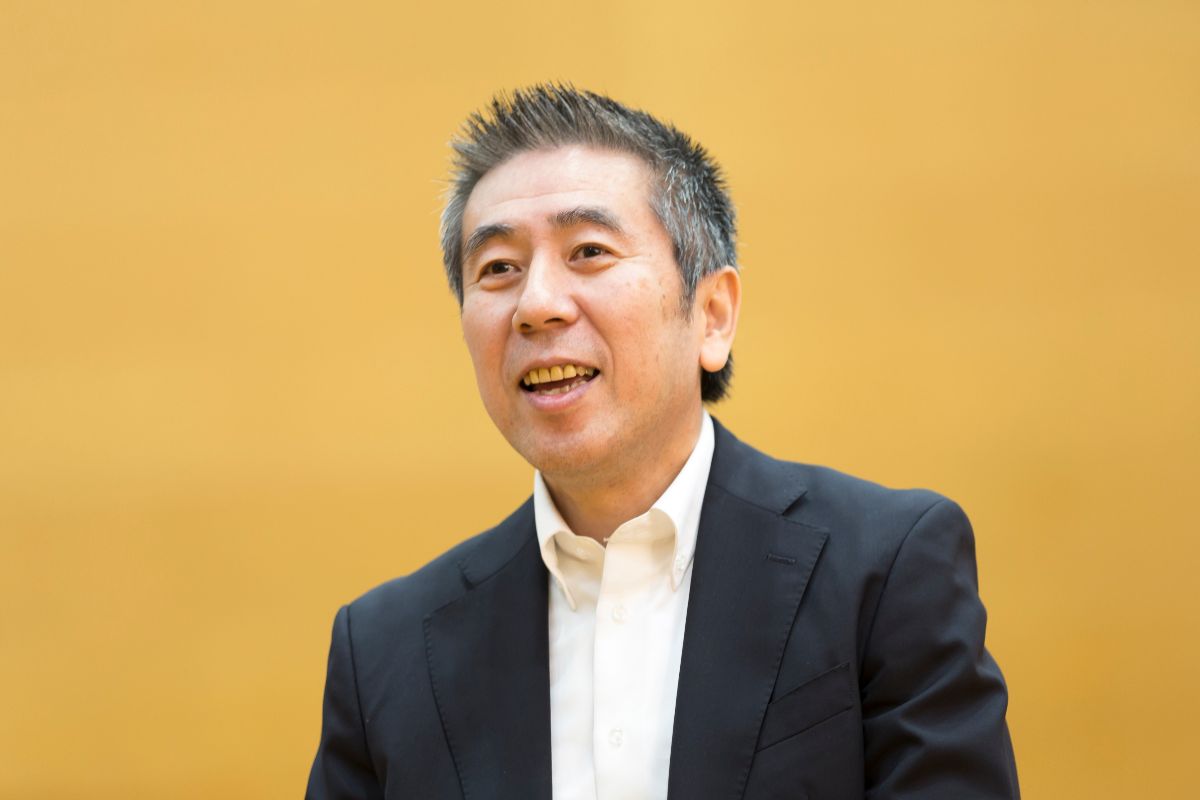 In the morning of the next day after the team tournament held four times a year, a visit was made to the special needs school where the tournament was held. A two-hour table tennis session was included as part of the students’ studies; this was how things were usually run. About 60 students attended each session, with a total of about 1,200 having participated 20 classes that have been held since 2014.

“The classes are on the next day after the tournament, so they’re pretty hard on the body. But the passion I feel from the participants makes me forget that I’m tired. These classes are actually refreshing with how much fun I have with them. I first show the students an example, then practice with them on rotation. By practicing with the students, I can understand what they’re feeling and what they want to achieve, and I give them advice on how to work toward their goals realistically. You can see the joy in their faces even as they wait in line, and that makes me happier than ever.” 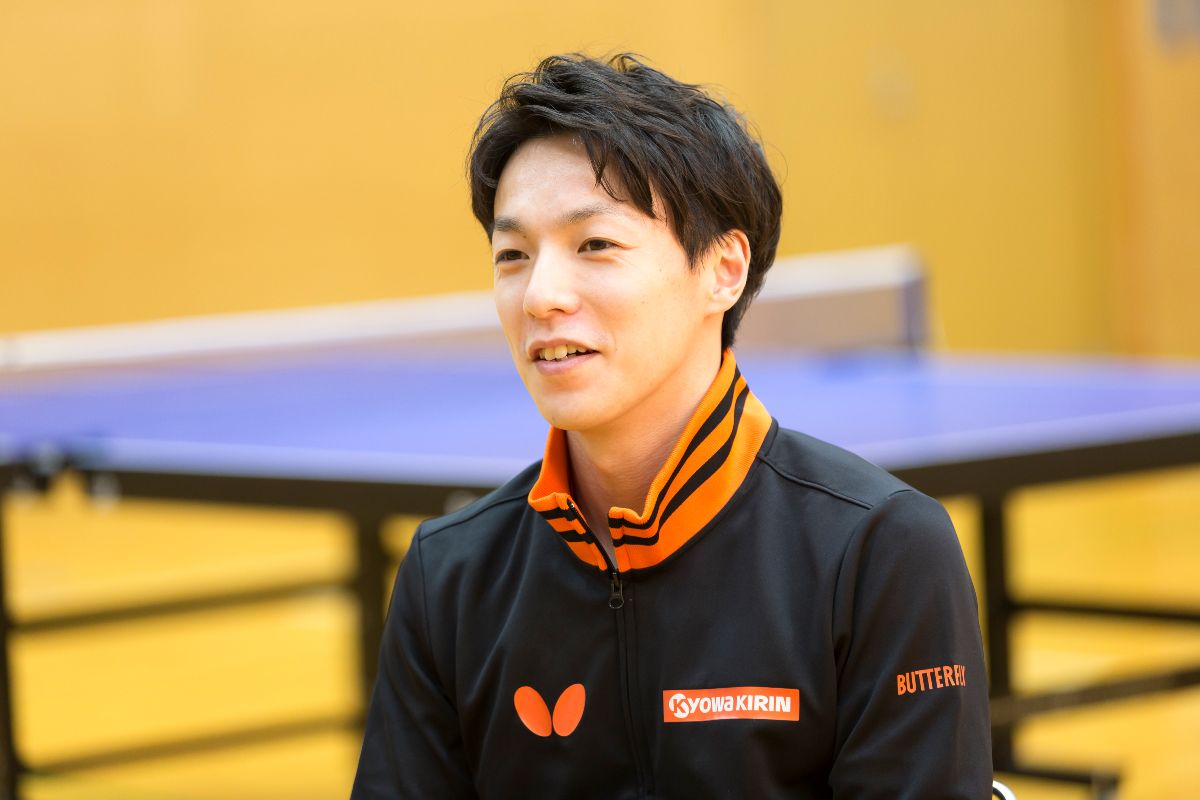 Coach Sato mentions that he can feel a change in his athletes with every session.

“I feel that they handle their students a little differently with every class they teach; it really shows that they’re growing as athletes. These experiences also teach them the meaning behind contributing to society, helping them grow as people, too.”

“Koyo Iwabuchi is unique in that his legs sometimes get in the way of his performance. Even when I first met him, the concept of differentiating athletes between “disabled” and “non-disabled” was not a concept for him. He practiced with everyone else, hung out with us, and he even got scolded by me before. He also competed against non-disabled players. That said, the other athletes had their doubts at first, but it took us about one year to build a relationship and he is now a valuable member of the team.” 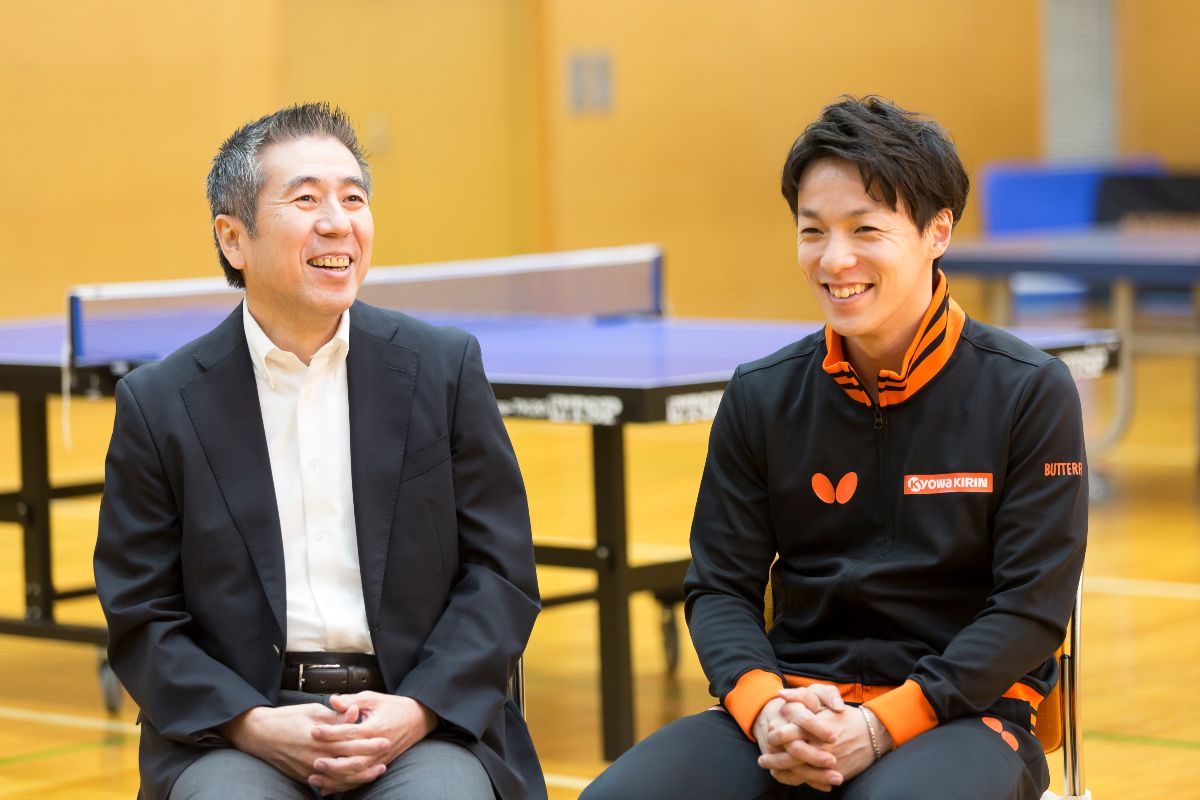 Kenji Matsudaira was also bewildered at first, but after seeing Koyo Iwabuchi’s genuine attitude toward table tennis, it put him at ease.

“Koyo Iwabuchi started playing table tennis at a relatively late age, and he learned a lot of it by himself, so I try to teach him as much as I can. We also learn a lot from him, and it would be wonderful if he thinks of his time with us as worthwhile. More importantly though, I would like to win the national tournament with the rest of the team.” 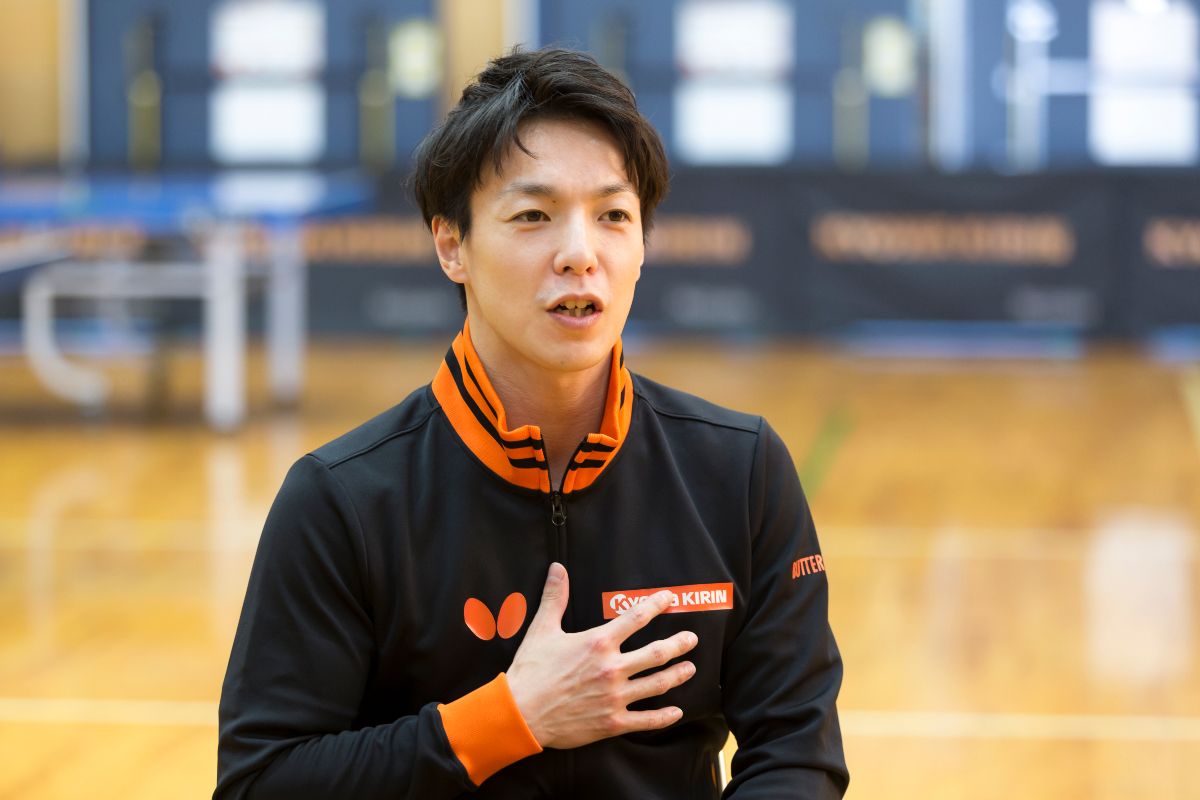 Koyo Iwabuchi seems to also treasure his time with the team.

“I learn a lot from the table tennis team; what the other players assume is ‘common sense’ due to their many victories, as well as tournament strategies and even the basics. I had my doubts at first, but I’m really grateful that I practice as a part of the team. I even had the full support of my teammates when there was an international para table tennis tournament in Japan. It felt like I was playing with a team, even though it was an individual event. It was an incredible experience.” 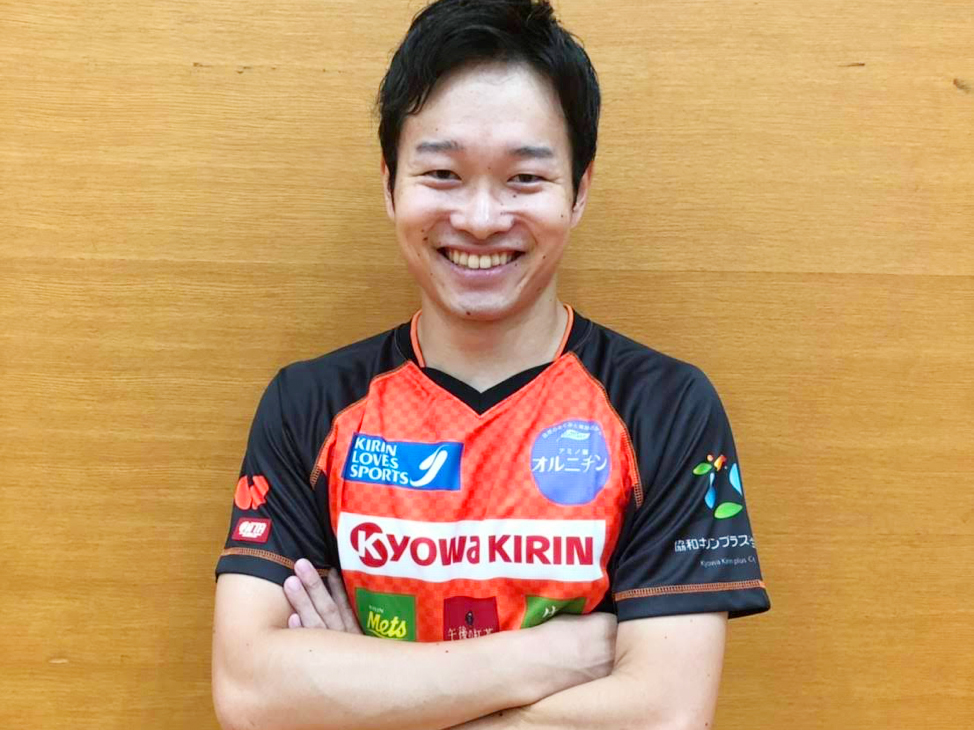 He told us that his goal is to take the gold, and beyond, at next year’s Tokyo Paralympic Games.

“This doesn’t apply only to the gold medal, but by earning a medal, I can relay the excitement of para table tennis to a greater audience, and have more people understand the allure of para sports. That is my ultimate goal. I would like nothing more than for society to recognize para sports as regular sports, and for all people to have the chance to enjoy sports as a whole, regardless of our differences.”

The actions taken by the coach and five athletes of this table tennis team to create an inclusive society are but drops in the ocean, but as their influence grows, they will have the ability to affect thousands, even ten thousands of people. This table tennis team will lead the way into defining what “common sense” is for society.

“Koyo Iwabuchi also helps out at the table tennis classes and he’s somewhat of a star in the eyes of the special education students. This doesn’t mean that I give him special treatment. I always tell everyone that we have a team of star athletes, just that one of them is unique in that his legs sometimes get in the way of his performance.” 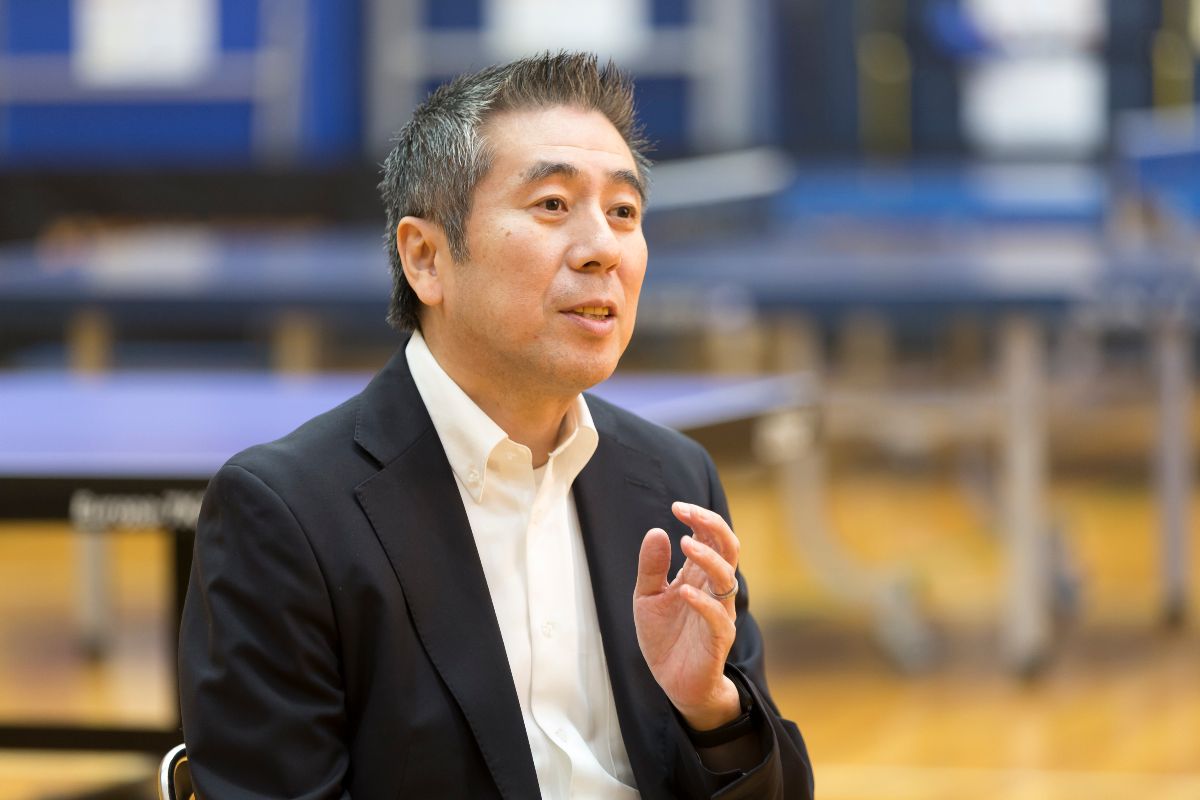 This table tennis classroom full of unique athletes is truly a microcosm of an inclusive society.

Contributing to society through table tennis has been spreading to other works teams and table tennis associations. The table tennis team started classes outside of Japan a few years ago in places like Vietnam and Bhutan. Local residents are thrilled by their presence.

“My hope is that the table tennis classroom becomes a place of inspiration for the future. I want people who join the class to remember it as the best day they’ve ever had, especially when they’re experiencing tough times and want to think happy thoughts.” 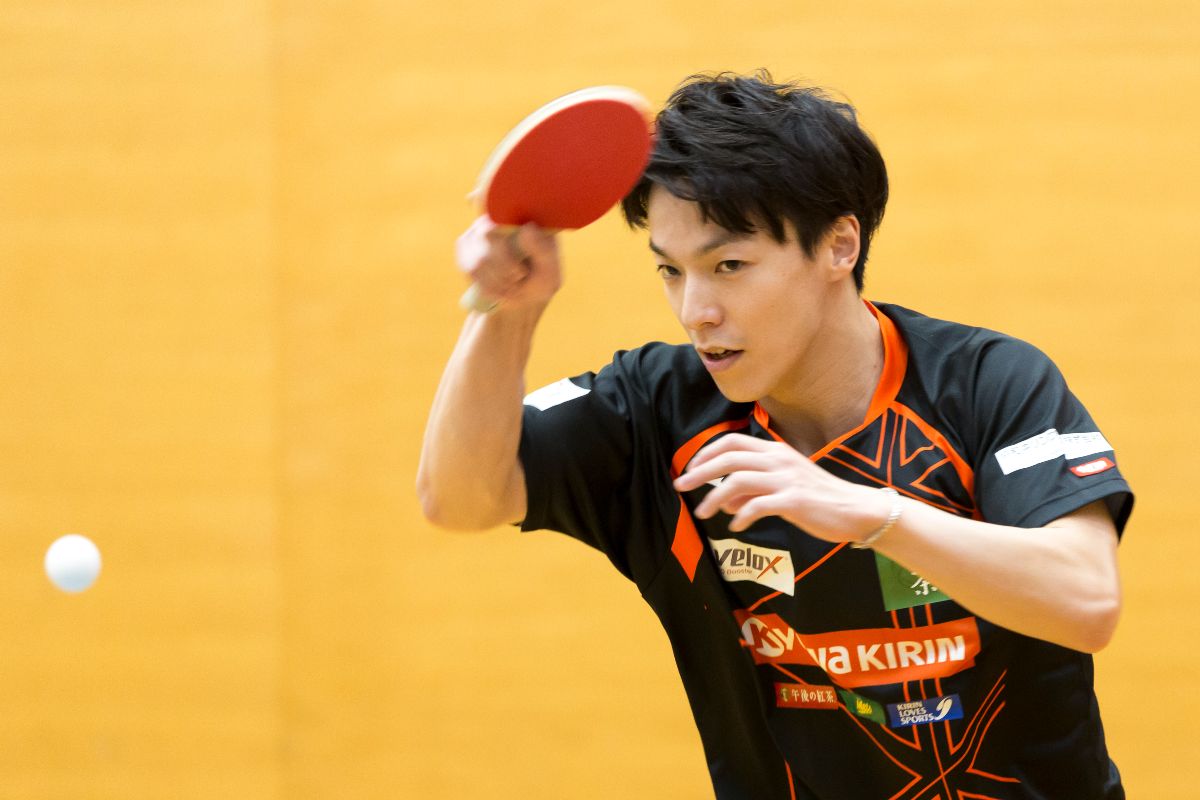 Lastly, we asked coach Sato about his plans for the future of the team.

“Although winning is vital in any sport, the process is also important. I want my athletes to contribute to society and broaden their horizons, and use that as input back into their table tennis. I want the participants of the table tennis classes to go home with smiles on their faces. We’ll continue to do our best as a team! We look forward to your support.” 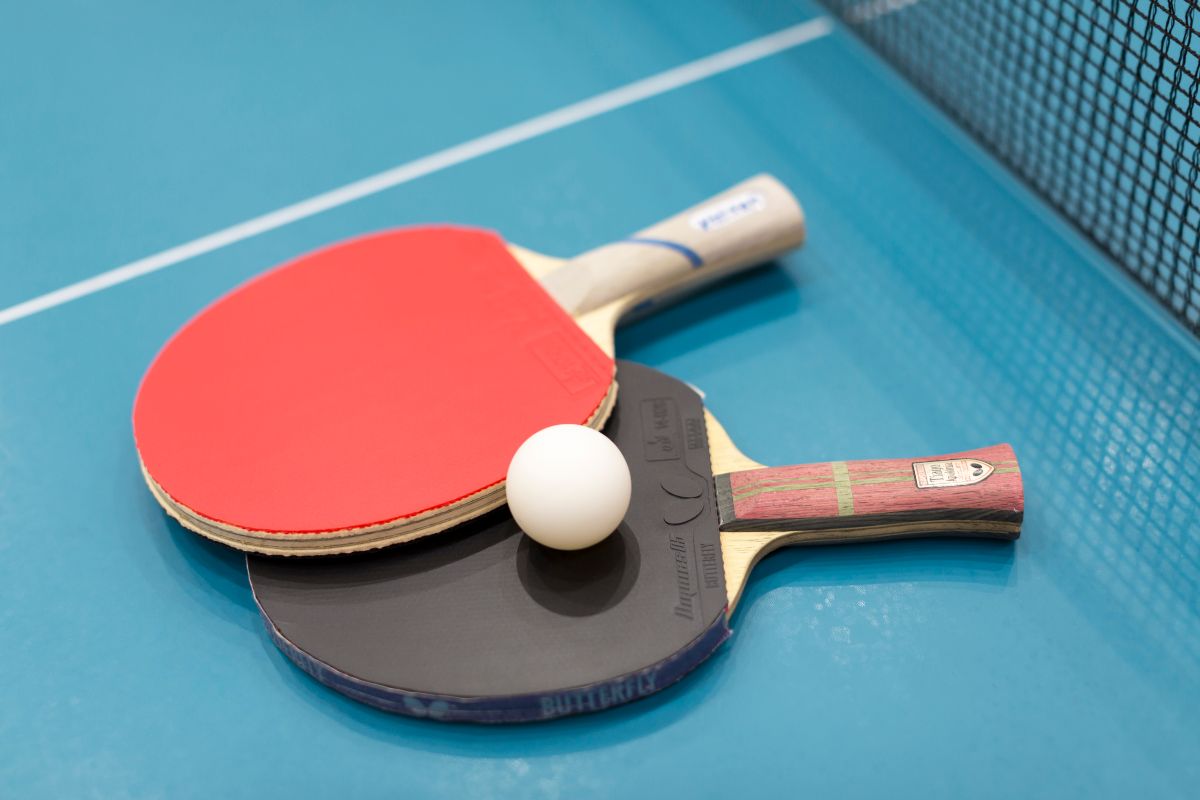 ※The Kirin KIZUNA Project is the Kirin Group’s commitment to contribute ￥6 billion over a three-year period to support reconstruction efforts in the Tohoku region, which was struck by the Great East Japan Earthquake and tsunami.(quoted from the URL below)
https://www.kirinholdings.co.jp/english/ir/library/annual/pdf/ar2011_01.pdf

Individual Actions Can Change the World: Report on Our Booth at the SDGs Mirai Kaigi