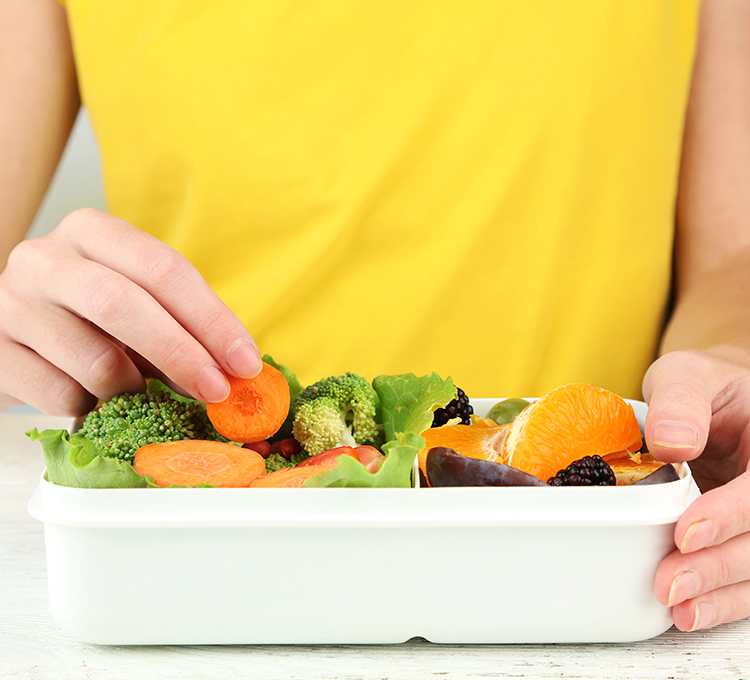 A Melbourne selective girls’ school is removing its rubbish bins and will force students to pack reusable lunch containers or take their rubbish home from next week.

“Similar to entering a national park in Australia, the waste you take in, you are responsible for taking out,” Money said.

The school will set up a token system to reward students with prizes who use reuseable packaging.

Uneaten food will go into compost bins and the school will continue to recycle paper from classrooms and offices and offer sanitary bins in bathrooms.

Money believes Melbourne Girls’ College could be the first high school in Australia to adopt a bin ban.

A teacher at the school, Andrew Vance, said the school’s sustainability team had been consulting with parents and students on the idea for six months.

Vance teaches year 9 marine biology and students have been learning about the impact of plastic pollution in the oceans and rivers.

“We’ve just finished doing plastic-free July … if you couldn’t avoid the plastic you had to carry it around in your dilemma bag and all of these students and I were carrying around these bags of plastic we couldn’t avoid,” Vance said. “How do you get toothpaste in a waste-free world? It teaches people to think innovatively.”

Vance said school had audited its waste and in 2018 produced 954 cubic metres of landfill, which cost $13,000 to remove.

“Avoid, reuse, responsibility, they’re our hashtags for this whole thing,” teacher Paula McIntosh told Guardian Australia. “We’re making a statement to manufacturers that we would like our stuff packaged less and in biodegradable compostable packaging, thank you very much.”

Parents with children at the school are getting behind the move.

Lisa Greenough, who has twin year 10 daughters at the school, said she was proud the school had a strong environmental policy.

“Have to admit, there will be a little pain in the beginning, but there always is when there are changes,” she said.

Greenough said she would be rethinking the muesli bar purchases at the supermarket and the family have been using beeswax wraps.

She said families could replace small tubs of yoghurt with bigger ones and reuseable containers.

“The girls have been making their own lunch for awhile, so they are pretty good at taking it on board themselves and have their own keep cups,” she said.

“I think it’s also up to supermarkets and the school about how they dish up foods as well … at the canteen I’ll be interested to know how they’ll sell their food. But it will be interesting to know if they keep selling bottles and cans.”

Natasha Davidson has a daughter at the college and is on board for environmentally sustainable school lunches.

“She happily wraps her food in waxed cloth or uses containers,” Davidson wrote on Twitter.

Our school has done this for years and the grounds look clean and tidy- kids (parents) eventually learn not to send any in a wrapper relying on reusable lunch boxes. Works well and well done MELBOURNE Girls College.

It still goes into landfill gang, just the bins at home and not those at school?
What does it actually achieve??

Geoffrey Binder, a behaviour change and environmental sustainability expert at the University of Melbourne, said the success of the bin ban would depend on how it is executed and how people are engaged.

“If they have worked together with students and parents to develop some strategies for dealing with the fact these bins are no longer going to be here, that could actually be quite positive,” Binder told Guardian Australia.

“If you’re shifting rubbish from one bin to another then you haven’t really achieved anything at all.”

He said the announcement was timely because it comes on the back of Victoria’s recycling crisis with SKM going into receivership and as well as China and Indonesia banning Australian recycling imports for processing.

“The timing is right for this school,” Binder said. “If you did it in the absence of this hot button moment then everybody is going to be scratching their heads saying ‘what’s your problem?’

“It’s obvious why they are doing it and they are going to get much less pushback then they otherwise would.”

Binder said the force of disruption can encourage people to think more creatively about an issue.

“It’s potentially quite powerful,” he said. “Many schools have veggie patches now that are quite well integrated into learning.”

This article was written by Lisa Martin from The Guardian and was legally licensed through the NewsCred publisher network. Please direct all licensing questions to legal@newscred.com.

Sustainable, abundant and low-cost: why lignin might just be a miracle manufacturing material

How To Make Sustainable Fashion Choices Without Compromising Style