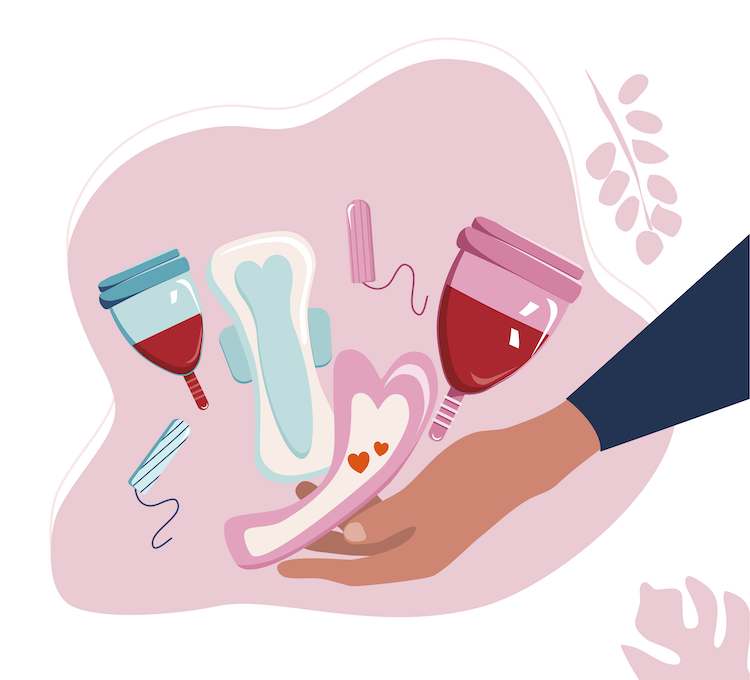 Vanessa Moraes lives in a Rio de Janeiro slum, works multiple jobs to support her two sons and barely scrapes by on welfare.

So buying tampons and pads each month is hardly a top priority.

Like millions of women across Brazil, Moraes improvises with whatever she can when she gets her period — a long-taboo topic that took a political turn last month when President Jair Bolsonaro vetoed legislation to provide free menstrual supplies for the poor.

“Pads are expensive, so we use a piece of cloth, a pillowcase, a diaper, whatever we can,” says Moraes, whose sons are aged 11 and 12.

Her eldest, Hugo, has cerebral palsy, and has to wear diapers.

“Whenever one of my son’s diapers breaks, I think, ‘Oh, I’ll use that for a pad,'” Moraes tells AFP.

The tall 39-year-old demonstrates her technique, tearing the elastic strips off each side of a diaper, opening the absorbant middle and adding a piece of scrap cloth to make it more effective.

Moraes lives in Complexo do Alemao, a sprawling “favela” on Rio’s north side. 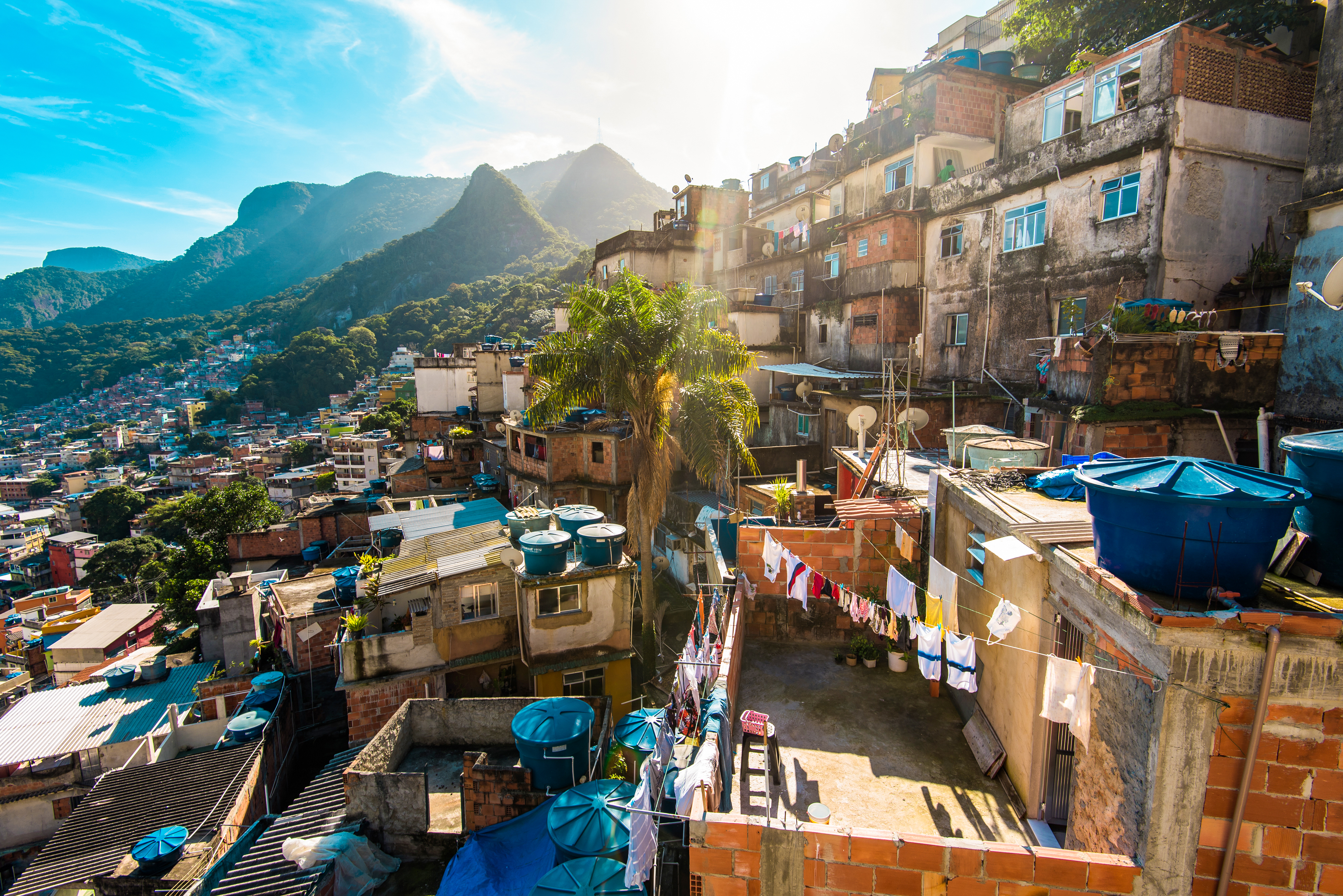 Much of her income from her jobs as a waitress and school-bus driver goes to caring for Hugo.

Even with the 1,100 reais ($200) she receives in government assistance each month, the family barely gets by, she says.

A pack of tampons or pads ranges in price from three to 10 reais in Brazil — a sum Moraes simply can’t afford.

Brazil, a country of 213 million people, has an estimated 60 million women and girls who get their period each month.

An estimated 28 percent of poor women suffer what is known as “menstrual poverty”, meaning they are unable to afford basic hygiene products.

Forced by necessity, they have found myriad solutions to deal with their periods: pieces of bread, cotton, paper or the “paninho” (little cloth), a piece of fabric that is washed and re-used.

But a lack of menstrual supplies keeps one in four girls home from school each month, according to a recent report by a United Nations Foundation program called Girl Up. 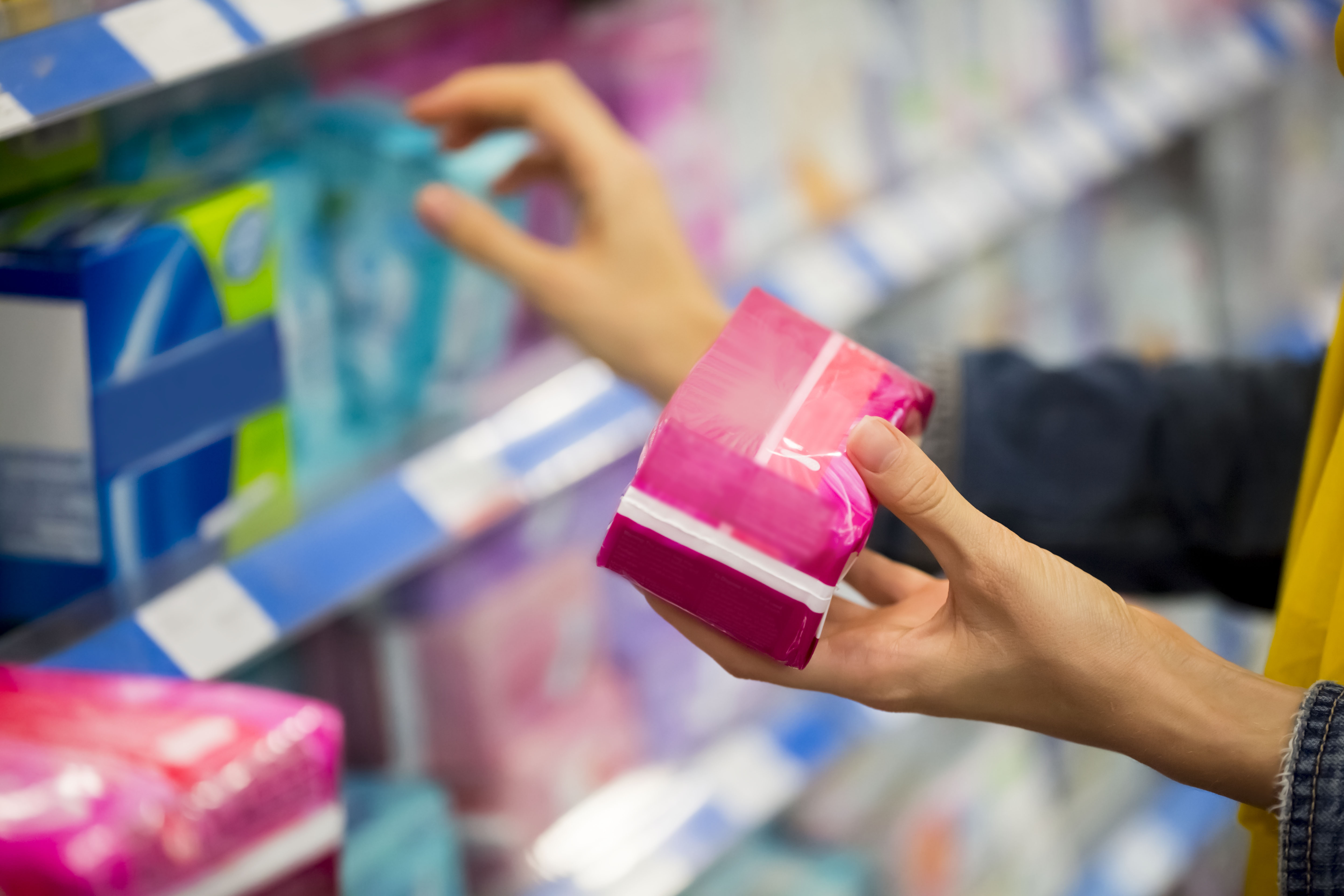 Moraes gets assistance from One by One, a local charity for impoverished disabled people and their families.

The organization provides equipment such as wheelchairs, as well as food and basic goods — including menstrual supplies.

Fifteen-year-old Karla Cristina de Almeida, another beneficiary, shares her monthly package with her sister — when they can.

Women lined up at One by One’s recent handout of menstrual supplies.

One, Miriam Firmino, 51, remembered coming of age using a “paninho” — an experience she wants to spare her three daughters.

“To be able to afford tampons, we have to find them on sale. When we can’t, we get by however we can,” she says.

The problem has only grown worse with the coronavirus pandemic, whose economic fallout has hit hardest among the poor.

“With the pandemic and the economic crisis, a lot of the mothers we help tell us they’ve gone back to using ‘paninhos,’ paper, cotton or other materials when they menstruate,” says One by One president Teresa Stengel.

“They often complain of injuries and infections. Menstrual poverty is a public health problem.”

The issue became a topic of national conversation in October when Bolsonaro signed a bill into law promoting “menstrual health,” but used his line-item veto to block its promise of free menstrual supplies for more than five million low-income women and girls, arguing there was no funding for it.

The move has fueled scathing criticism of the far-right president, who has often been accused of misogyny and anti-women policies.

In response, Rio city hall and several other state and local governments have started giving out free tampons in public schools.

“My school has done more for Brazil than Bolsonaro. They gave out three packs of tampons to every girl,” quipped one Twitter user.