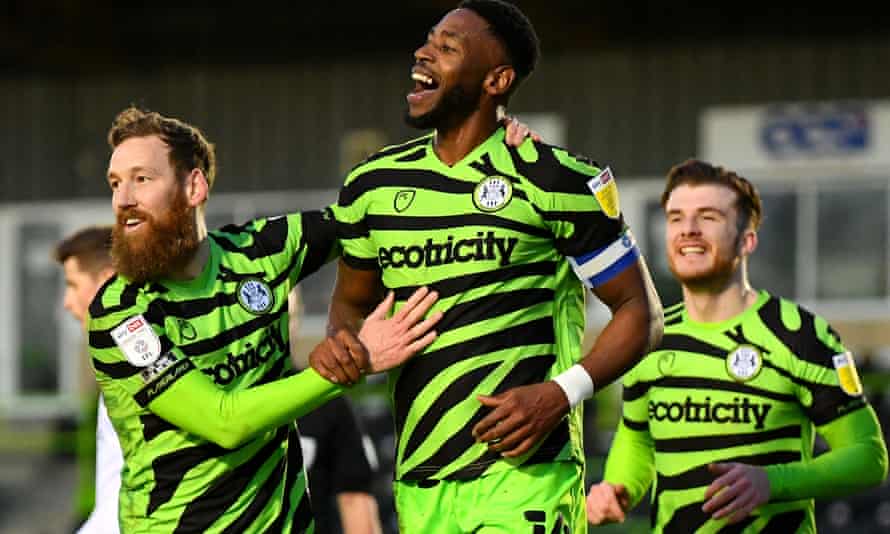 The Forest Green Rovers chairman has said he could “break some new ground” by appointing the first female manager to work in English football’s top four divisions.

Dale Vince – the founder of the green energy supplier Ecotricity and chairman of Forest Green since 2010 – will hold interviews in the next fortnight after receiving almost 100 applications for the position since sacking Mark Cooper on Monday. It is understood that will include female candidates after Vince said “anything was possible” for the League Two club known for taking an innovative approach, which includes plans to build the world’s first entirely wooden stadium and a shirt made partly from recycled coffee waste.

Related: Soy of the Rovers: the vegan football club kickstarting a green revolution

“I think we’ll take a new direction in our recruitment. Maybe we’ll break some new ground,” Vince told the BBC. “We’ll recruit the kind of person perhaps that hasn’t been recruited before to be a head coach.”

Asked if he was hinting at appointing a female head coach, Vince said: “I don’t want to hint, but it could be. It is missing in men’s football, but so are BAME [Black, Asian and minority ethnic] head coaches. Everything is possible with us, because we don’t come at this in any preconceived way or in a way it has always been done.”

Cooper was sacked on Sunday after Forest Green’s fourth successive defeat dropped them to sixth in League Two; the under-18s manager, Jimmy Ball, was put in interim charge until the end of the season. It is understood that Hannah Dingley, who became the first woman appointed as head of an EFL academy in 2019 at Forest Green, has yet to apply because she is content in her current role but would be considered if she did.

“We are very excited about the kind of people knocking on our door,” said Vince. “We’ll be looking for a progressive and more modern approach to the game. We’ll be looking for somebody that really fits the football philosophy we have as a club, and that will take a little bit of time.”

Despite precedents in Scotland with Shelley Kerr at the Lowland League club Stirling University in 2014 and in France’s Ligue 2, where Corinne Diacre took charge of Clermont Foot for three years, none of the 92 clubs in English football’s top four divisions has ever appointed a woman to a senior management role. Chelsea’s Emma Hayes was linked with the vacant role at AFC Wimbledon in February but said that suggestions that an EFL job would be a step up from women’s football was “an insult”.

The Fiver: sign up and get our daily football email.

“The world of football needs to wake up and recognise that, while the game is played by a different gender, it is exactly the same sport, and the qualities involved with having to manage that are exactly the same as they would be in a men’s team,” said Hayes.

“I just don’t know why anyone would ever think that women’s football is a step down and that coaching World Cup champions, winners, players that have represented their countries in the Olympics or European championships is a step down from anything.”

This article was written by Ed Aarons and Ben Fisher from The Guardian and was legally licensed through the Industry Dive publisher network. Please direct all licensing questions to legal@industrydive.com.