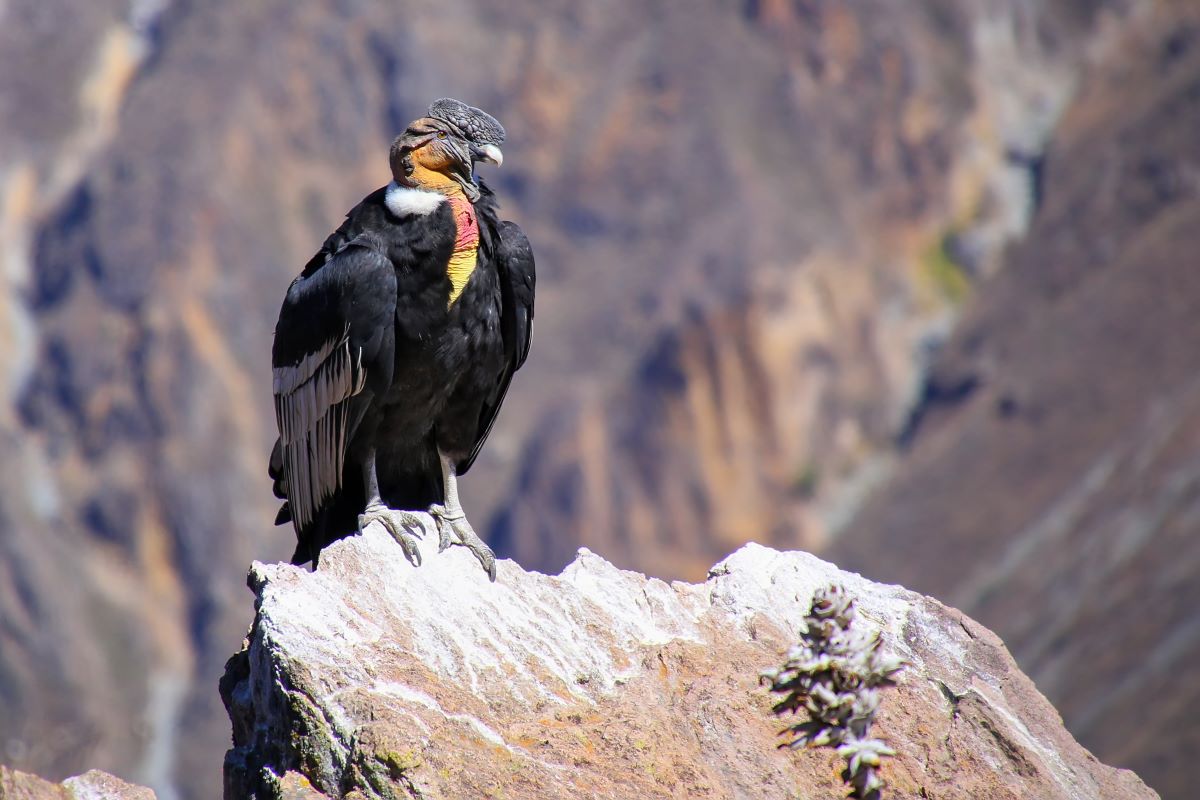 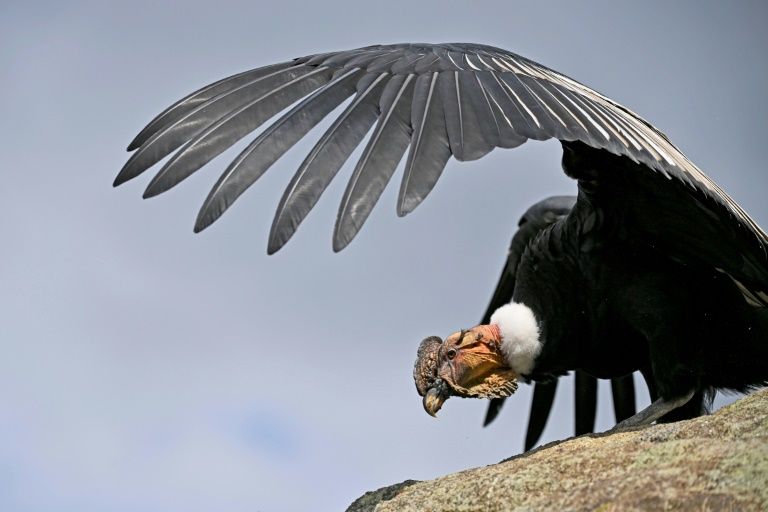 Rosendo Quira silently shakes a medicinal plant to attract a condor to the bait. The bird of prey glides through the clouds over Colombia towards a mountain pass some 3,200 meters above the sea.

As this scene plays out, a hidden camera clicks into gear to record the ritual.

Amongst a group of some 300 volunteers, many of them indigenous people like Quira, the 52-year-old stands out for his ancestral knowledge.

The volunteers deployed last weekend at 100 sites around Colombia to conduct the first-ever census of the bird that is emblematic of the Andes mountain range.

Quira, a traditional doctor in the Purace indigenous reserve, leaves a piece of meat on a rock and uses a sprig of sage to drizzle it with a herbal infusion.

In his other hand he holds a stick, while his backpack is filled with medicinal plants.

Shortly after, a bird spanning three meters from wingtip to wingtip appears through the clouds covering the clearing and swoops down to feast on the offering.

The Kokonukos indigenous people consider both the condor and the rock where it perches to be sacred.

The volunteers are helping biologists count the condors, one of the largest birds of prey in the world, to help the species survive.

Experts believe there are just 130 condors in the Colombian Andes, where the animal is critically endangered according to the International Union for Conservation of Nature.

On a global scale, the condor’s existence is close to being threatened.

“We need to know how many there are in the country and what state they’re in,” biologist Adriana Collazos, who installed the hidden camera, told AFP.

The census is the initiative of a number of NGOs, including the National Natural Parks of Colombia and the Neotropical Foundation. 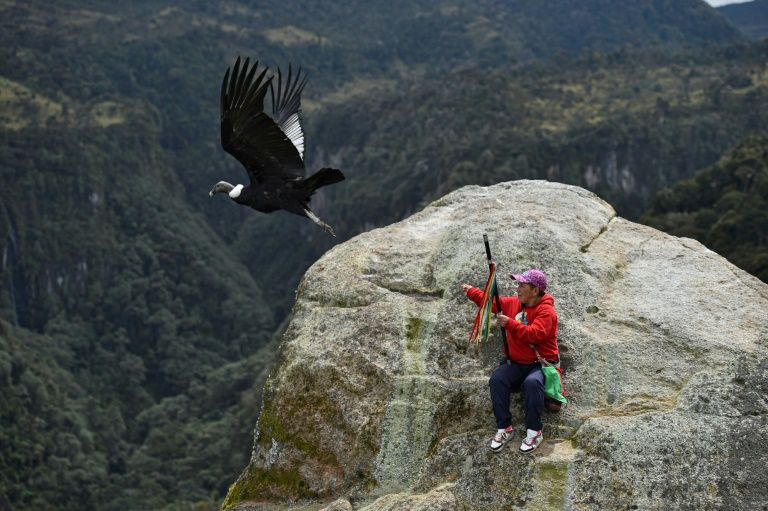 Indigenous people in Colombia’s Purace national park are helping biologists conduct a census of condors, which are critically endangered in the country

There has never before been a census of Colombia’s condors.

Indigenous people from Purace in the country’s southwest say there is at least one pair of these monogamous birds living in their territory, but some claim to have spotted another solitary female.

The biologists hope their cameras will solve the mystery.

For his community, the condor is “the sun’s messenger” — it can warn about pending threats or predict climate change. Quira says a condor once came to him in a dream with recipes for healing the sick.

The condor can be found throughout the Andes, from Venezuela in the north down to the far south of Chile and Argentina.

The expansion of agriculture and animal husbandry into high mountain territories where the condor lives are the main threats to its conservation.

And females lay only one egg every two to three years.

In 2018, a condor couple were found poisoned in the center of the country. Conservationists managed to save them and return them to the wild a few months later.

But farmers often use poison to protect their animals from attacks.

Although condors, which can weigh between nine and 15 kilograms, are scavengers, they have been known to attack live animals on occasion. 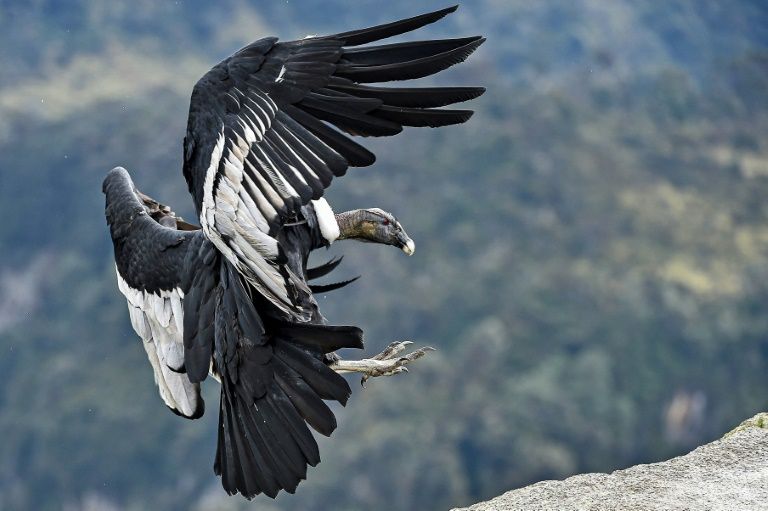 “Knowing the populations of species is the starting point to propose conservation strategies,” said Fausto Saenz, scientific director at the Neotropical Foundation.

Saenz is hoping to get the first census results in three weeks’ time.

The census will allow future repopulation efforts to maintain a balance between males and females. Almost half of the condors in Colombia were reared in captivity and released in the Andes as part of these initiatives.

Although the indigenous people of Purace believe the hidden cameras bother the sacred bird, they’re working with the biologists out of a desire to help the condor survive.

“Not having that symbol would be a fatal loss to our reserve,” said Javier Jojoa, the acting governor of the Purace reserve.

Azerbaijan villagers plead for water as vital river dries up