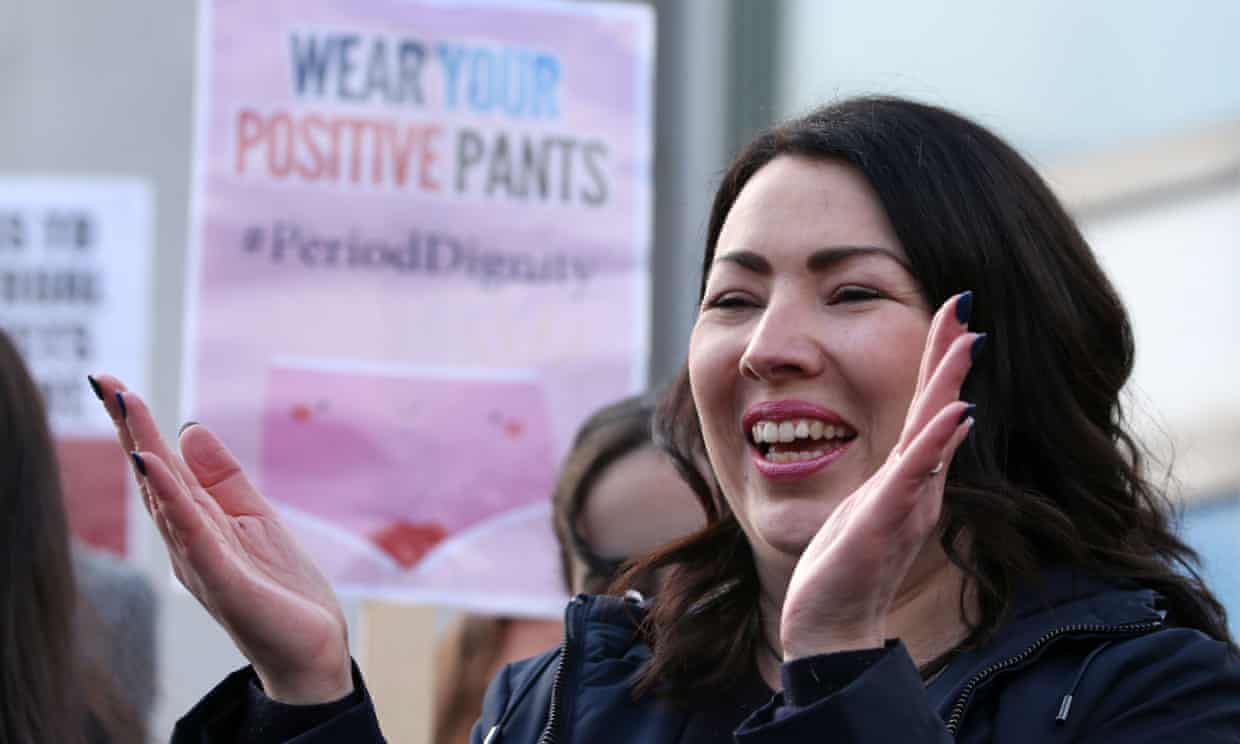 Scotland has become the first country in the world to provide free and universal access to period products after a four-year campaign that has fundamentally shifted the public discourse around menstruation.

The Period Products (Free Provision) (Scotland) Act, which passed unanimously through its final stage on Tuesday evening, will place a legal duty on local authorities to make period products available for all those who need them, building on the work of councils like North Ayrshire, which has been providing free tampons and sanitary towels in its public buildings since 2018.

The campaign – bolstered by nationwide grassroots support – was spearheaded by Scottish Labour’s health spokeswoman, Monica Lennon, who told the Guardian this was “a proud day for Scotland”.

Lennon said: “This will make a massive difference to the lives of women and girls and everyone who menstruates. There has already been great progress at a community level and through local authorities in giving everyone the chance of period dignity.

“There has been a massive change in the way that periods are discussed in public life. A few years ago there had never been an open discussion of menstruation in the Holyrood chamber and now it is mainstream. MSPs have enjoyed being a part of that, and it has encompassed the menopause, endometriosis, as well as the types of products we use and their sustainability.”

Period poverty – the struggle to pay for basic sanitary products on a monthly basis – has surged during the coronavirus pandemic, according to charities.

Earlier research by the grassroots group Women for Independence revealed that nearly one in five women had experienced period poverty, which has a significant impact on their hygiene, health and wellbeing. Women are estimated to spend an average of £13 a month on period products and several thousand pounds over a lifetime.

The scheme, which is estimated to cost about £8.7m a year, will not be means-tested. The Scottish government had initially challenged the universal provision, but switched to join cross-party support at the bill’s stage one debate in February. The SNP had been facing growing pressure from its own activists as well as from a broad coalition of trade unions and civil society groups galvanised by Lennon.

The legislation will also enshrine in law the requirement for schools, colleges and universities to provide the products for free, which was announced by first minister, Nicola Sturgeon, in 2017. This was then a world first, while the Scottish government has also funded a project in Aberdeen to deliver free period products to low-income households as well as a further £4m for councils to continue the roll-out to other public places.

In the interim, a number of individual businesses – restaurants, pubs and even football clubs – started providing free products independently. It has become increasingly common in Scotland to walk into a women’s toilet and find free products by the sinks, or with an honesty box.

Lennon said that campaigners across the world had been watching progress in Scotland very closely. “It’s an important message in the middle of a global pandemic that we can still put the rights of women and girls high up the political agenda.”

This article was written by Libby Brooks Scotland correspondent from The Guardian and was legally licensed through the Industry Dive publisher network. Please direct all licensing questions to legal@industrydive.com.

The World Is Headed for a Food Security Crisis. Here’s How We Can Avert It