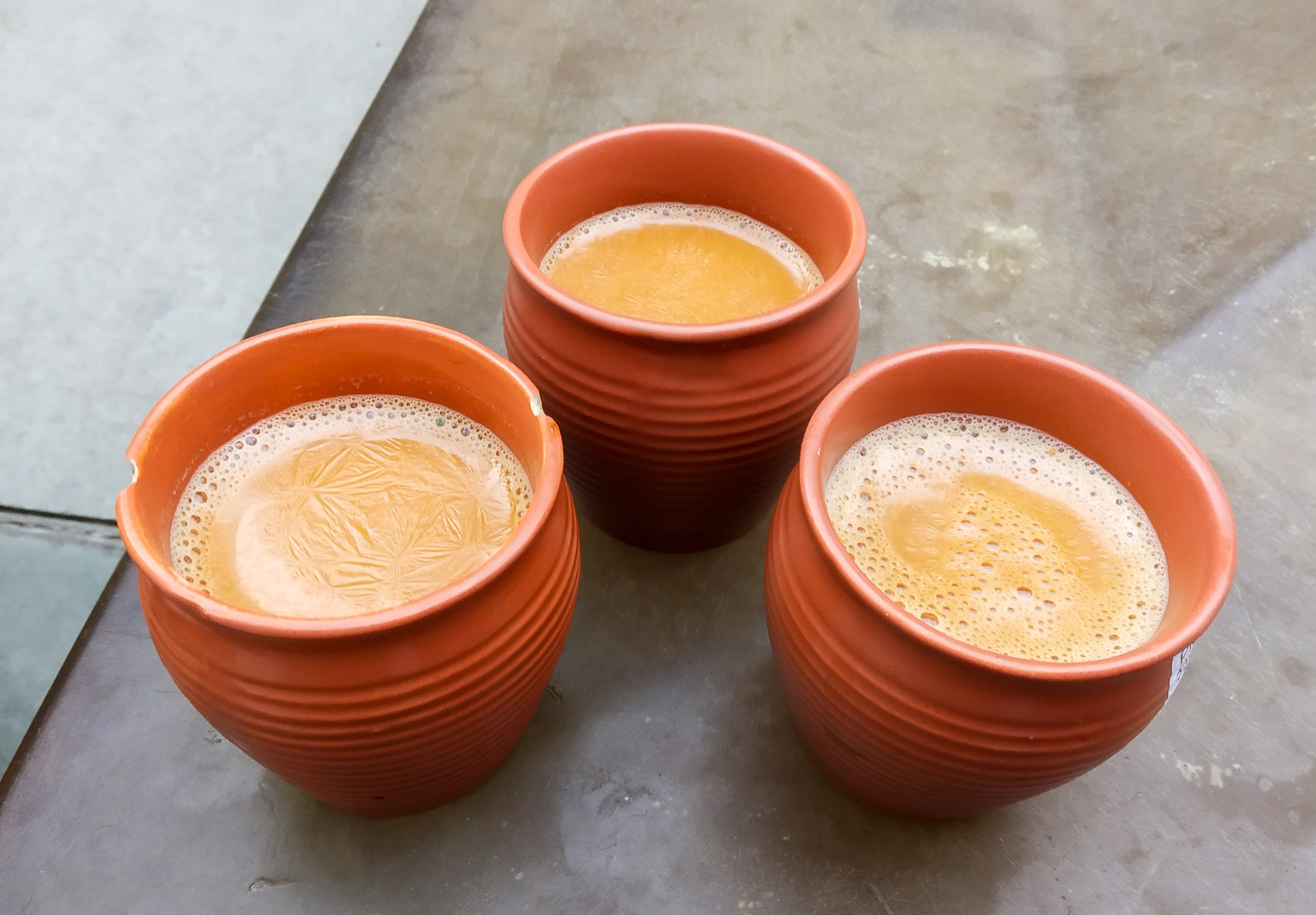 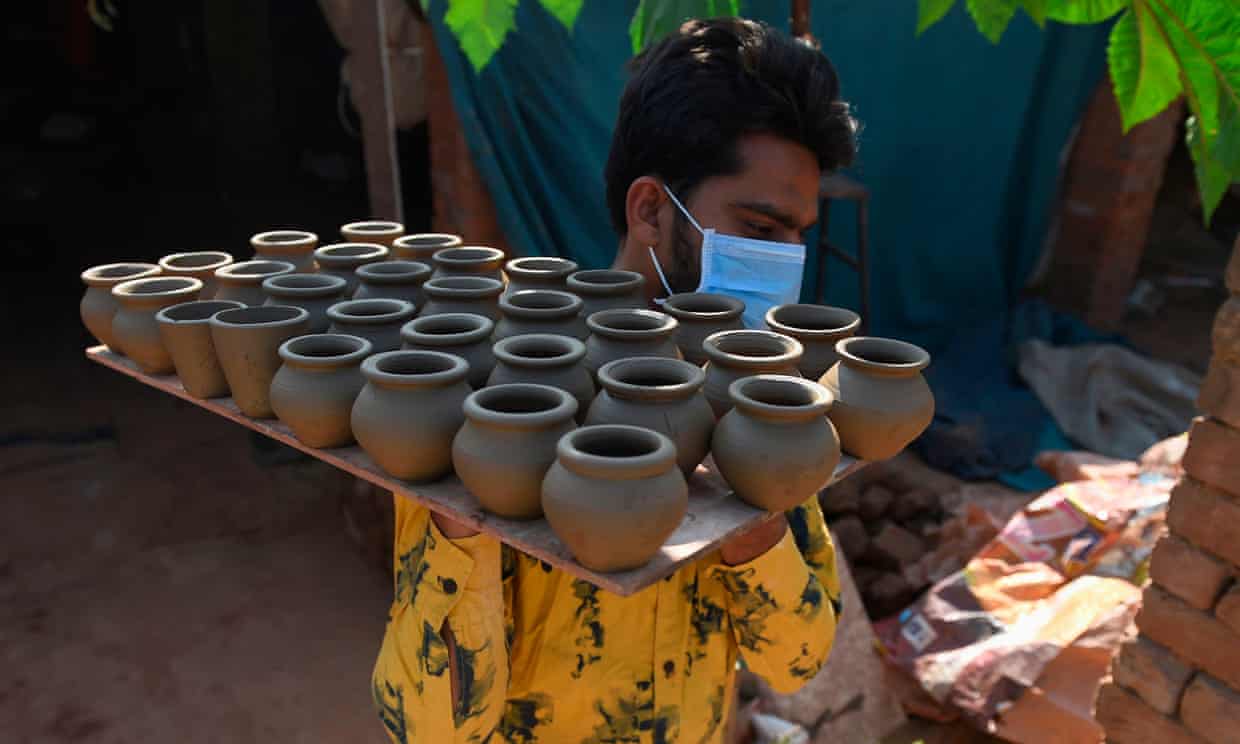 A small and humble relic from India’s past is about to stage a major comeback. At all 7,000 railway stations in the country, tea will be served in earthen cups known as kulhads.

The kulhads, redolent of a bygone pastoral era, are unpainted, unglazed and have no handles, but are perfectly biodegradable and environment-friendly, which is why the country’s railways minister, Piyush Goyal, has said they will replace plastic cups as part of the government’s goal of making India free of single-use plastic.

“Kulhads will not only help reduce the use of toxic plastic and save the environment, they will give employment and income to hundreds of thousands of potters,” said Goyal, making the announcement. He said he remembered how tea in kulhads used to taste better.

Many Indians have similar memories of standing on a railway platform in the winter, hands cupped around a kulhad of hot steaming tea which, many swear, tastes better because of the earthy aroma imparted by the clay.

In a time of endless consumerism and a throwaway culture, they also symbolise an earth-based and crafts-based way of living.

Related: The Indian school where students pay for lessons with plastic waste

This is not the first time an attempt has been made to bring back kulhads. One of Goyal’s predecessors, Lalu Prasad Yadav, famous for his rustic rural background, tried to bring kulhads back 16 years ago, but the policy was never properly implemented and plastic cups continued to reign supreme. Even so, at some stations in places such as the Hindu holy city of Varanasi it is possible to spot kulhads.

Now the plan is to make them universal, for tea served on trains and on platforms. In these Covid times, they have an extra advantage in that they are inherently hygienic, as they are fired in a kiln and rarely reused.

India has a rich tradition of pottery. Every village has a potter. Although demand for such products has been falling as more Indians turn to plastic, steel and melamine, an earthen water pot for storing water is still a feature of village life.

Even in affluent neighbourhoods, a large pot of water – the clay keeps it cool – is often kept outside the house as a goodwill gesture for hot and thirsty passersby to drink from.

During the Hindu festival of lights, Diwali, tiny clay pots are lit up. On special occasions, desserts are still served in similar little pots, decorated with silver leaf and chopped pistachios.

Pre-pandemic, 23 million people travelled on India’s trains every day, so an astronomical number of kulhads will be needed. This, politician and handicrafts expert Jaya Jaitly said, could generate income for 2 million potters. Jaitly has been part of earlier efforts to reintroduce kulhads on the railways and said the first thing that the railways must do is abandon standardisation of shape and size. 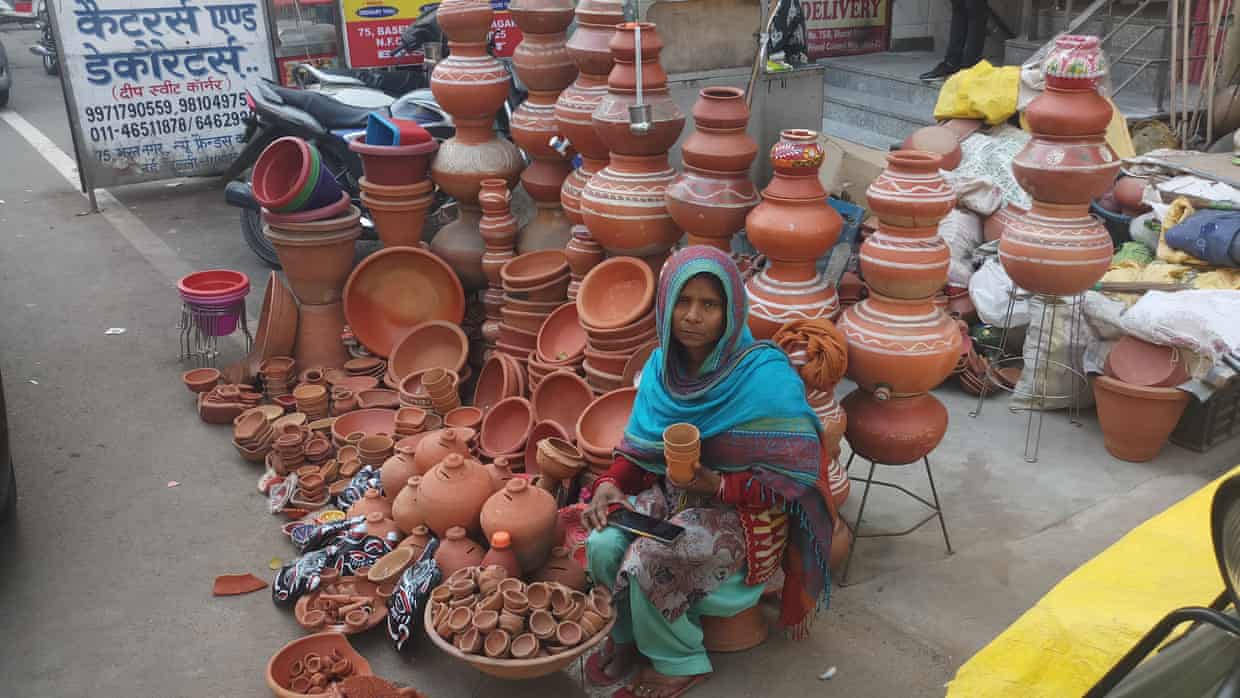 This, she said, was the reason a similar policy in the early 1990s failed. Since the clay differs from area to area and the item is made by hand, it is not possible for potters to produce exactly the same cup as an industrial process would.

The scheme will also only work, she added, if the government ensures that it is well-coordinated, giving potters access to clay which is increasingly in short supply as prime areas by rivers, irrigation channels and water bodies are built on.

Organising the country’s scattered potters will also be a challenge. “There will have to be feeder centres near the major railway stations with electricity and other facilities where the potters can work. Local transport can be used to get the cups to each station and that too can provide more jobs,” said Jaitly.

The Khadi and Village Industries Commission has already started supplying 20,000 electric potting wheels and equipment to more than 100,000 potters.

“These wheels will be able to produce 2m kulhads a day. The machines will increase production by at least four to five times and we will supply many, many more. The average income of a potter will go up from 2,500 rupees (£25) a month to 10,000 rupees,” said the commission’s chairman, Vinai Kumar Saxena.

At New Friends Colony, a residential area in Delhi, potter Kanta Ram sits on a stool on a busy road next to her wares, waiting for customers. Diwali is normally a good time, as Indians light up their homes with diyas. She can easily sell hundreds in a day. However, the pandemic forced low-key celebrationsthis year and she is struggling. The bestselling item is flower pots. Her kulhads sell for five rupees each but there are not many takers.

“People tend to prefer plastic these days. If I could get a bulk order, I would feel a lot more secure,” she says.

This article was written by Amrit Dhillon in New Delhi from The Guardian and was legally licensed through the Industry Dive publisher network. Please direct all licensing questions to legal@industrydive.com.

99 of 100 cities most at risk environmentally in Asia