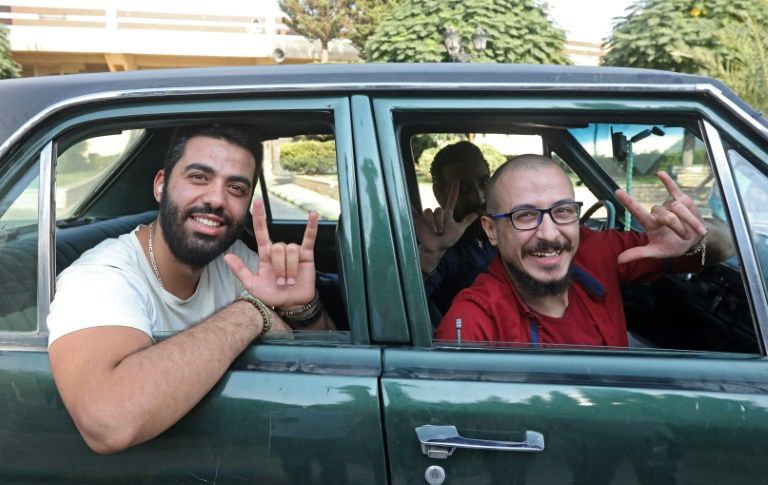 One is deaf and mute, the other is paralysed from the waist down; but together, Ahmad and Bader form a duo equipped to handle life in war-torn Syria.

In an ancient Damascus alley, Ahmad pushes Bader along in a wheelchair on one of their near-daily strolls.

The two friends have known each other for three years, and both say that neither can imagine life without the other.

In 2012, Bader al-Hajjami’s spinal cord was hit by a piece of shrapnel, leaving him paralysed in both legs.

He said the wheelchair was his only friend, until he met Ahmad Moussa two years later.

Ahmad, 24, lost his ability to hear and speak when he was struck by a sudden illness aged just two years old.

Now the two can often be seen strolling through the alleyways of Old Damascus, loved by residents and shop keepers alike. 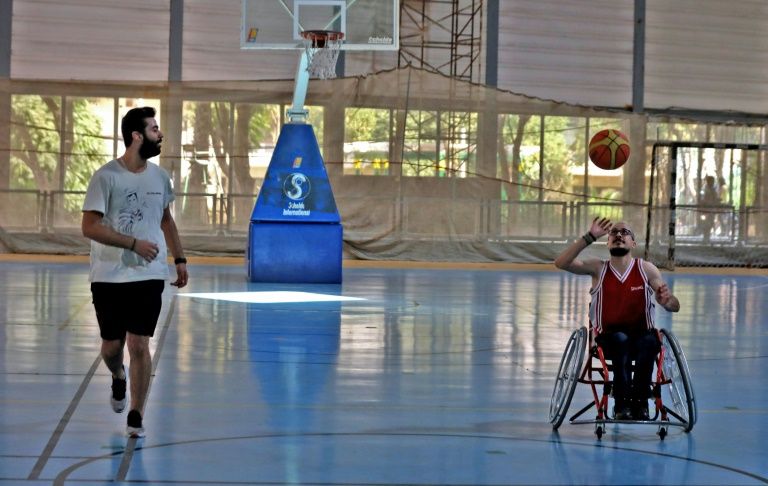 The two friends have known each other for three years, and both say they cannot imagine life without the other

Bader, of Moroccan descent but who has lived his entire life in Damascus, has become an interpreter for Ahmad, after learning from him how to communicate in sign language.

He fills Ahmad in on conversations and events happening around them, and translates for him when they are in a cafe or inside a taxi.

“We spend most of our time with each other, eating and playing” cards, Bader said. “I cannot imagine life without him.”

Ahmad and Bader are among 3.7 million disabled people in Syria.

That figure, which is equivalent to 27 percent of Syria’s population, has grown since the 2011 onset of a conflict that has since killed more than 380,000 people. 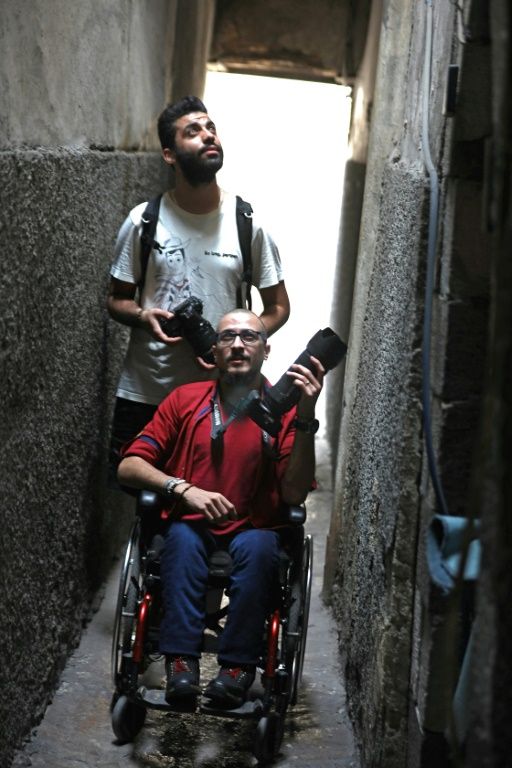 In central Damascus, Ahmad helps Bader climb into a taxi that will take them to their weekly basketball session.

Inside the stadium, Ahmad steadies a sports wheelchair as Bader hops on.

The two pass the ball to each other as they glide across the court.

In his wheelchair near the hoop, Bader catches a fast side pass and shoots — the basketball swishing through the net.

“Deaf people live in their own isolated world, and the same applies to blind people and people in wheelchairs,” Ahmad told AFP, with Bader’s help.

“Each disability usually inhabits a separate world, and they don’t ever converge.”

But “when we team up, the situation becomes much better for all of us,” he added.

The best example of this, he said, is his relationship with Bader who taught him to lip-read and identify key words. 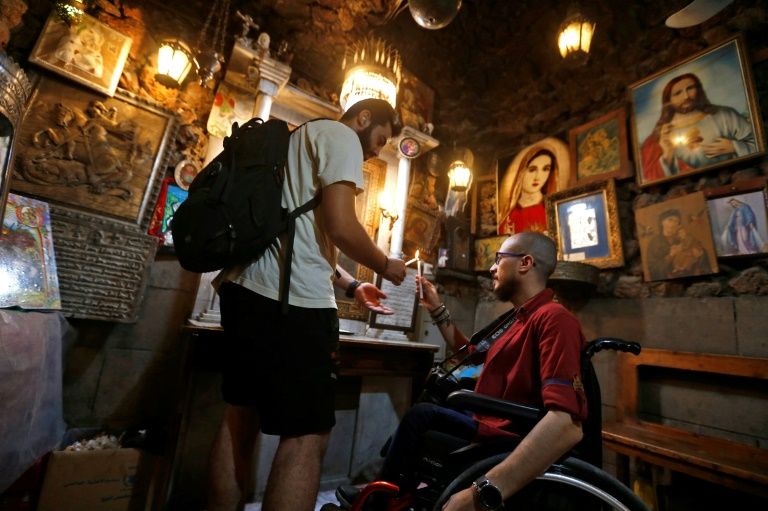 The two friends are among 3.7 million disabled people in Syria

At one point, their relationship was life-saving.

“I cannot forget the day a shell exploded in Bab Touma” in eastern Damascus, Ahmad said.

He said he would not have reacted fast enough, had Bader not told him they needed to flee immediately.

“I carried him, and we ran away,” Ahmad said.

Bader and Ahmad receive support from a disability inclusion programme created by the United Nations.

They were given a temporary stipend, vocational training as well as professional cameras they could use to later work as freelance photographers.

Bader says this is especially helpful, considering conditions in Syria where most of the population lives below the poverty line.

“The war has increased the burdens placed on persons with disabilities,” Bader said.

Without support from the state or society, he said, other disabled people in the past also paired up to better survive. 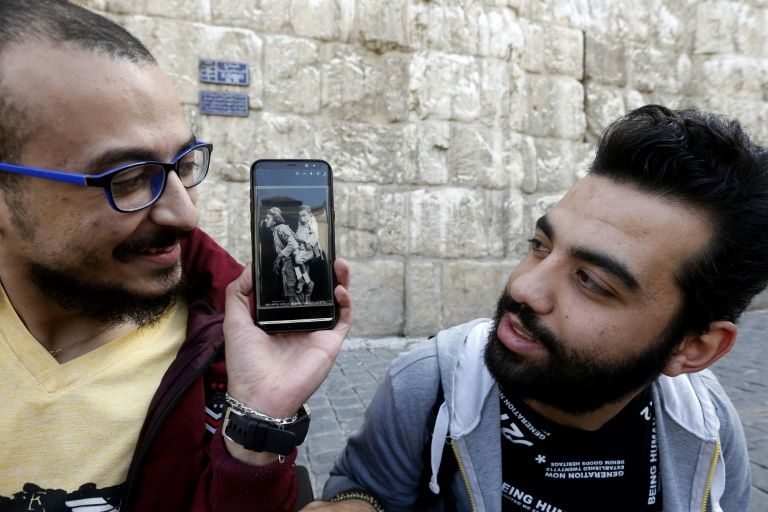 Bader al-Hajjami holds up a black and white photograph that shows two men who also reportedly lived in Damascus – one who was blind and carrying his friend, who could see but not walk

Bader whips out his mobile phone and shows a black and white picture of two other men he says lived over a century ago.

In it, a man with closed eyes carries a shorter man wearing a fez on his back.

“The picture, legend has it, was taken more than 100 years ago,” Bader said, naming the pair Mohammed and Samir.

Mohammed was blind, and Samir was paralysed from the waist down, he explained, but together they helped each other out.

Bader said he hoped the legend, as well as his and Ahmad’s story, would inspire other people with disabilities to team up.

“It’s another way of becoming whole,” he said.

Trees bulldozed to make way for refugee shelters in Sudan

Childhood packed in a rucksack: young refugees at risk in the Balkans